Last August a beautiful black and brown tabby showed up on our back porch.  He was amazingly friendly and of course I fed him so he never left.  I made him officially our cat by taking him to the vet to get his shots and whatnot.  It turned out that he had a microchip.  The vet contacted the owner, she sounded pretty flaky and didn’t want him anymore.  Who in the world would not want this cat?  I don’t know who that woman is but if I did I would steer clear of her as she clearly can not be trusted.

Dear Husband is allergic to cats so Shashu was an outdoor cat.  During the warm months he lived in our back yard and when it got colder he was moved to the garage.  Last winter was especially harsh with an ice storm and record lows.  Our garage is well insulated but I lamented my worries of poor Shashu to Dear Husband, brought out the puppy dog eyes and Shashu spent the week inside lounging on Addison’s bed.  After that Shashu turned into an inside/outside cat.

The nights Shashu did not stay inside the house he would either be waiting patiently at the garage door or at the back door, fogging up the window with his little kitty breath, waiting for any sign of life within the house.  Once he saw me he would give a little meow as if to say “I know you’re going to let me in eventually, just go ahead and do it now”.  Most mornings he did make it inside for a can of Fancy Feast then he would hop on my lap while I was giving Harry his breakfast.

When he first came into our lives I was cautious about having him around Harry.  You never know with strange animals how they will react to children.  Turns out he was amazing.  He let Addison love on him and pick him up (which never looked very comfortable) all the while emitting a loud purr.  He never ran from children that visited our house and in fact sought them out for attention (a very odd thing for a cat as most of them avoid little kids like the plague).  We have one sweet little toddler friend who loved to pick Shashu up but only managed to get the back half of him up in his little arms while Shashu’s front paws would still be on the ground and this didn’t seem to bother Shashu in the slightest.  Harry loved him and would grab on to his fur.  When I could pry Harry’s pudgy little hands off of Shashu they would be coated in fur but Shashu never made a peep.  His tail was yanked a couple of times, a few of those times it was yanked hard enough for him to be pulled backward a few inches.  Not once did Shashu raise a paw to my sturdy and strong little baby.  He would just turn his green eyes up to me with a look of “I’m enduring this because you feed me and I love you for it”.

For a while he had not been himself.  We went through a couple rounds of antibiotics but his energy seemed to be waning.  We visited the vet several times but couldn’t seem to get a handle on what was going on.  The last week of his life we visited the vet again and in between that visit and the day I made the decision to end his suffering, his condition deteriorated very quickly.  It turns out he had FIP (Feline Infectious Peritontis) and unfortunately once a cat develops FIP it is untreatable and almost always fatal.

I took him to the vet late Friday afternoon.  Prior to that we spent a couple of hours on the couch together.  I was there with him when the vet put him to sleep and then made a tearful journey back home to bury him in our yard.  We buried him in our side yard near a new Red Bud tree we planted earlier that spring.  As much as Dear Husband complained about having a cat in the house he had grown attached and had a difficult time keeping it together during our little ceremony.  Addison was matter of fact about him being gone yet very curious to see something that had died.  We both stroked his fur and then I wrapped him in a baby blanket and laid him to rest.

It’s only been a month and in the morning I sometimes expect to see his little kitty face at the back door.  When I go out to the garage I keep expecting a streak of black and brown fur shooting past my feet into the house.  Next spring I think I will transplant the cat nip from my herb garden to his plot.

He was an amazing cat and we’ll all miss him.

You know the saying that the eyes are the window to the soul?  You could...

Is it me or have you noticed a significant decline in the quality of chocolate... 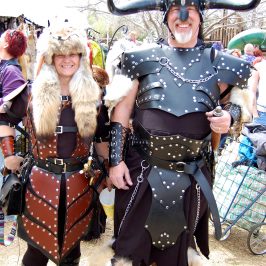 This is Dear Husband clearing weeds out of our side yard this past summer.  It...