This morning I’m one tired puppy.

For some reason both boys got into bed much later than normal yesterday. It’s hard to get the bath and bed routine going when you’re having so much fun playing Legos Star Wars. I mean seriously, they unlocked Indiana Jones…were they really expected to set down the Wii remote after that big achievement? After the boys were in bed and the crib moaning had ceased Dear Husband and I took some time to enjoy the quiet then settled in to catch up on missed TV and internet surfing.

We are not night owls so when 10:30 rolled around and Dear Husband was still watching TV and called me in to see breaking news I thought something was up. Wow, something really was up. At first I thought he was joking and this was an SNL sketch. I quickly realized it was not and I was witnessing history.

We stayed up way past our bed time watching the coverage and flipping through the news channels. One of the things I love most about last night is the random outburst of public gatherings. It started at the White House then they said that over 1000 people were gathering at Ground Zero. Brian Williams used the term “flash mob” and I got a little excited that a rehearsed patriotic song and dance would break out. Patriotic song did break out, and that’s pretty awesome. I read in the paper this morning that in the 9th inning of the Mets-Phillies game the crowd started chanting U-S-A. There’s nothing like the death of a crazed mass murderer to pull a nation together.

Of course, Facebook lit up. Here are a few of my favorite status updates from FB friends last night:

We just had “Bin Laden is Dead” nachos

As Coroner I must aver, I thoroughly examined him, and he’s not only merely dead, he’s really most sincerely dead (quote Munchkinland Coroner, in case you’re wondering)

Thank you to the men and women who serve in the military to protect our country! You are greatly appreciated!

I’m not one to celebrate the death of someone and I don’t believe in capital punishment but I couldn’t help but marvel at what our military had just pulled off. I also began wondering what repercussions would this have. I wonder if all the cells around the world have an elaborate plan in place in the event of bin Laden’s death. I hope I’m just being paranoid.

How will our nation and the world be different? Will this unity last? Only time will tell. Until then I’ll continue to raise my boys to love both their friends and their enemies and to treat others as they would like to be treated.

This weekend I went to the Bloggy Boot Camp conference put on by the SITS... 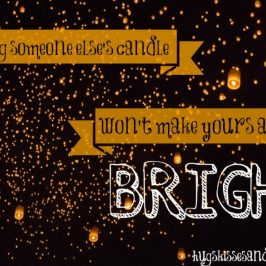 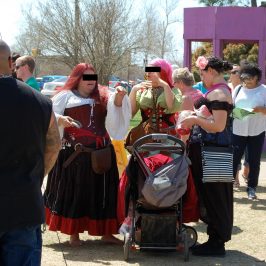 Medieval Fair 2015…it rolled into town with its tents, camels, jiggly coin belts and fairy...