Previously on The Epic Road Trip of 2017, the Clintons turned a thirteen hour drive from Oklahoma to South Dakota into a whirlwind tour of interesting and off-the-beaten-path sights.

Once we reached our first, major, destination (The Black Hills of South Dakota) we really packed it in. It’s amazing how much you can get done in a day when the sun and birds wake you up at 5:30 am. By 8:30 am we hit the road and were on our way on a scenic drive through Custer State Park.

Let me just stop right here and tell you I had no idea what to expect from Custer State Park. I was blown away. Dear Husband kept talking about something called the Needles Highway. I’m along for the ride so, whatever. We were winding through stunning hills and sweeping vistas when we turn the corner and encounter a herd of buffalo crossing the road. Oklahoma is really proud of their buffalos but I have never seen this many and so close up. I could have reached out and touched one…if I was crazy. 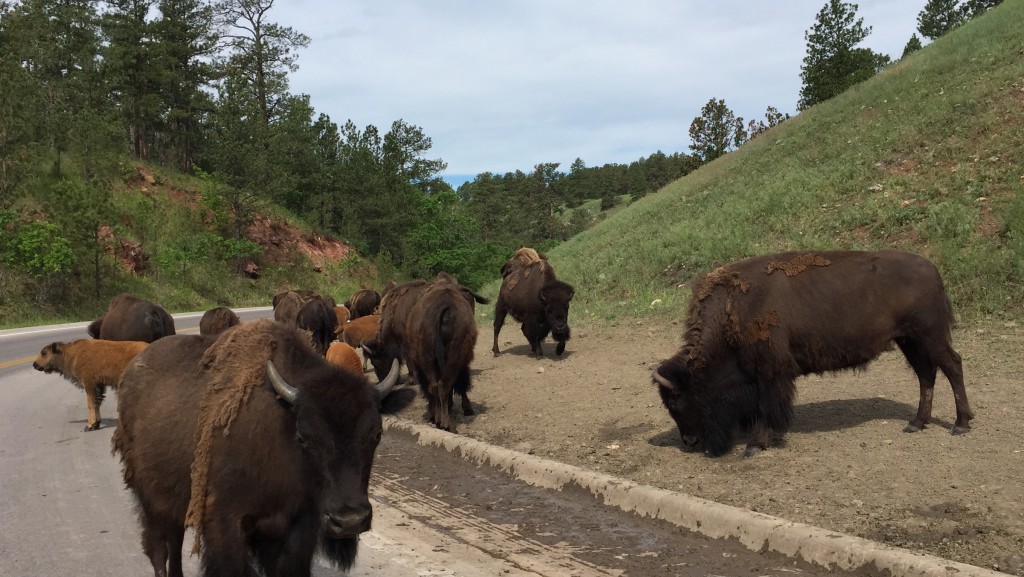 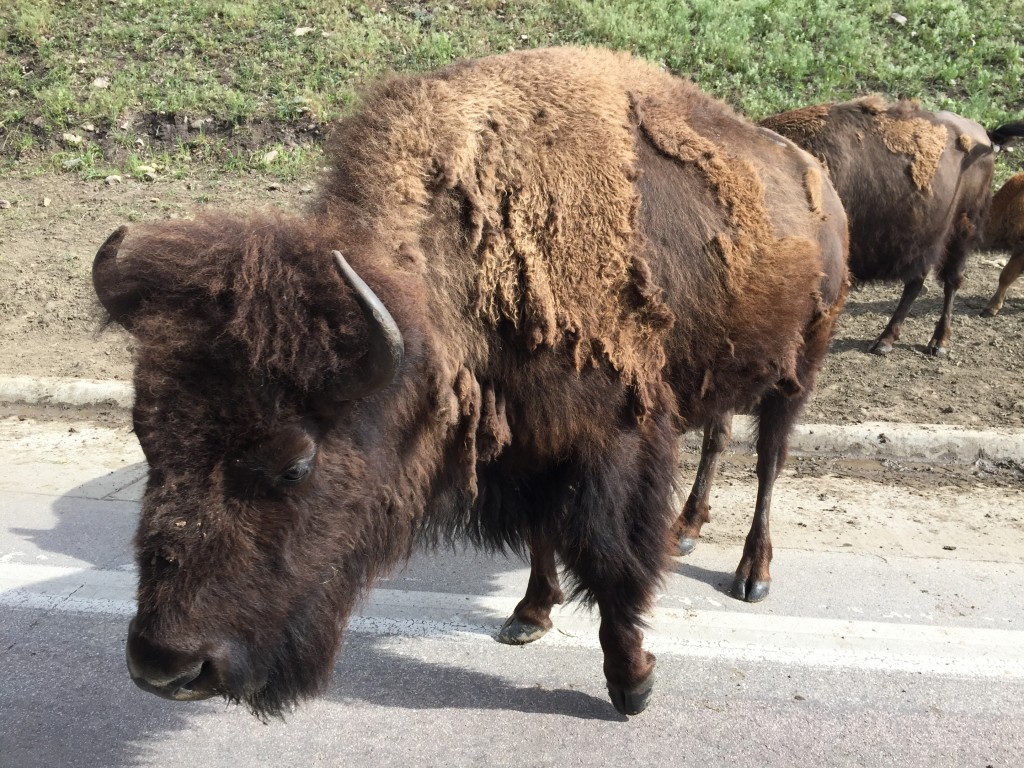 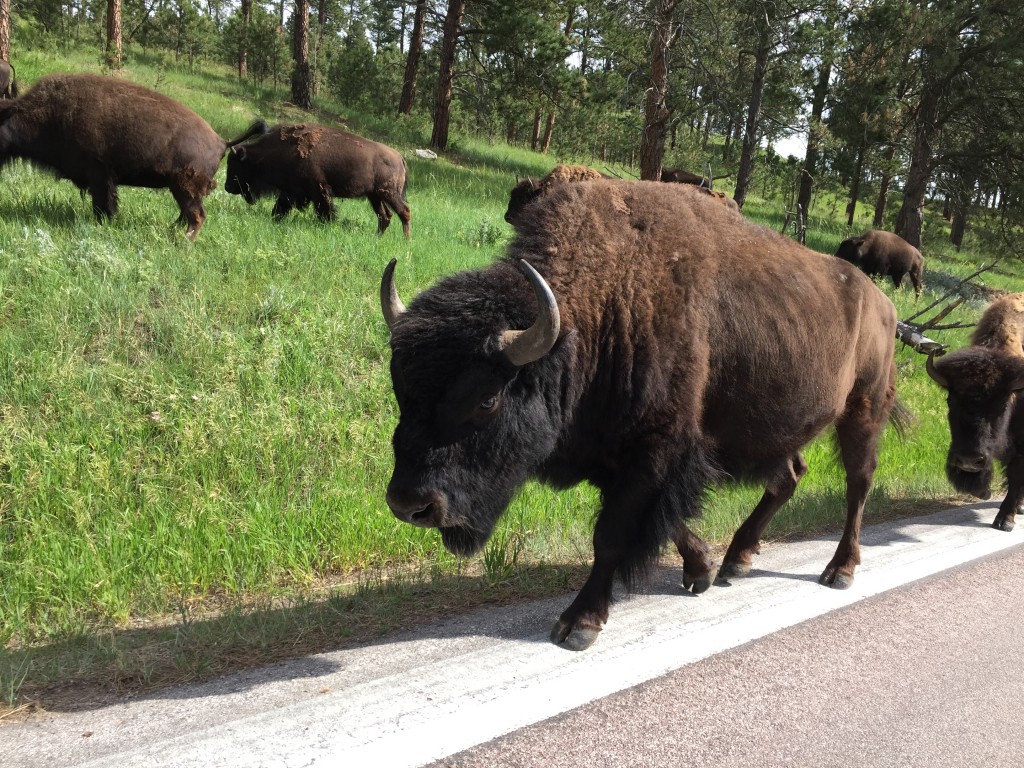 There were probably only about a hundred or so in this heard. They were huge but I imagine much smaller than their great-great-great-great-grandparents who roamed the plains 300 years ago.

This went on for about half a mile or more and cars going both directions had to slow down or stop to allow the buffalo the right of way. One minivan coming the opposite direction actually had the nerve to honk at the buffalo and speed past, coming within a foot or so of one of these great beasts. Part of my really wished one of those buffalo mammas would have rammed that minivan with her massive horns (in a loving, Christian way, of course). If you ever find yourself on a scenic highway, don’t be an ass hat and honk at the wildlife. They were there first.

We alternated between Last of the Mohicans and Dances With Wolves soundtracks as we crept along the Needles Highway. Next time you’re driving through a really beautiful landscape, I suggest you pull up and soundtrack to enhance the experience. It really makes a difference. 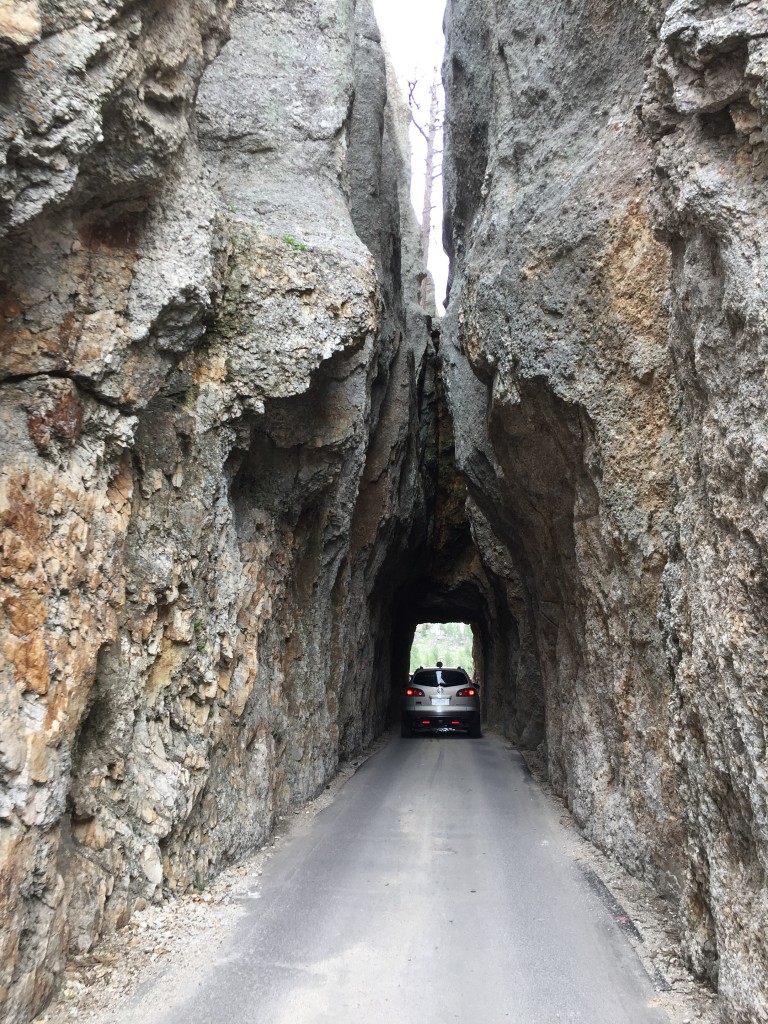 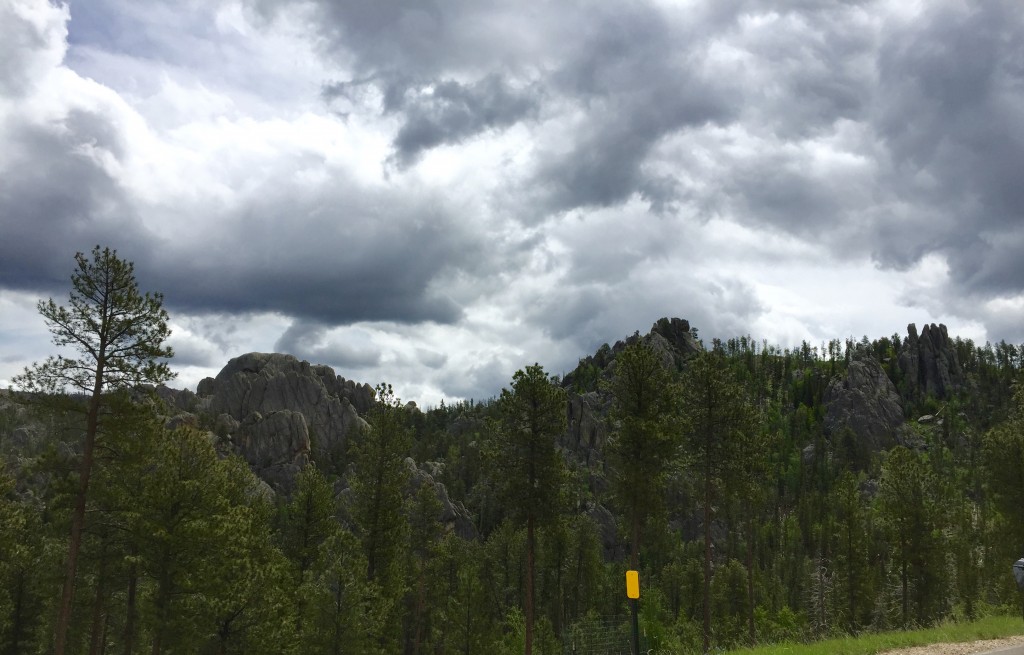 Next up was the Crazy Horse Monument. Everybody talks about how long it has taken. Well, when you’re just one guy (for the first 30 years or so) and completely privately funded, no wonder it has taken sixty years to make a face and blast away a crap ton of rock.

We explored the visitors center and museum and peeped at that gigantic face through a telescope. This project is so ambitious that something tells me that not much progress will have been made when the boys take their own kids on their own road trip adventure 20 years from now. 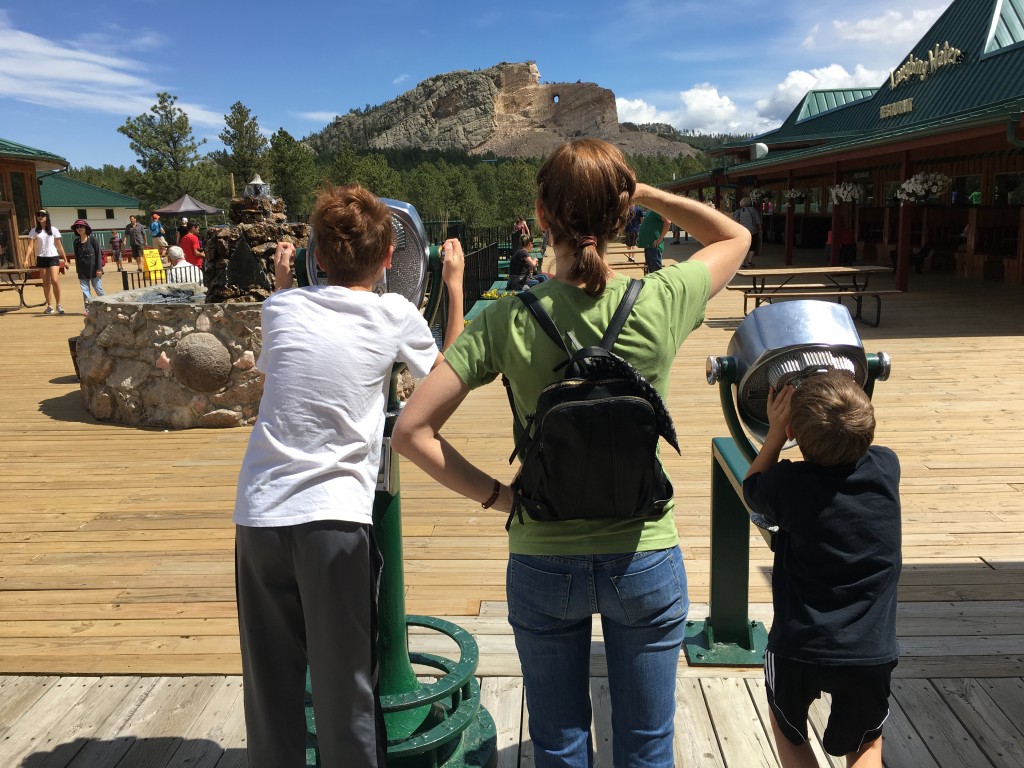 After Crazy Horse we went to tour Rushmore Cave. 250 feet below the surface and an hour later really helped my daily steps add up. They also had a few amusement park type attractions to go along with it. Addison and I rode the mountain coaster while Dear Husband and Harry did a shoot-em-up 4D ride. The coaster was very much like the one we did on our trip to Dollywood. I’m sure it was perfectly safe, but it didn’t feel that way at all. 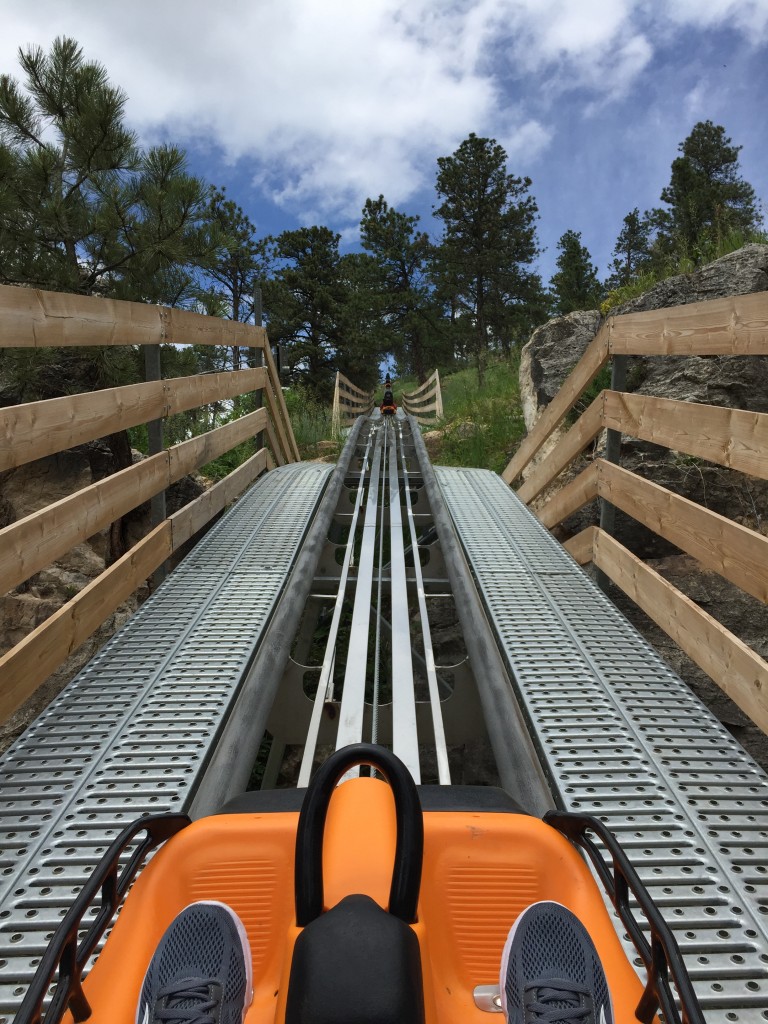 After lunch we finally made it to the place that inspired this entire trip in the first place; Mt. Rushmore. This was my first ever visit and it did not disappoint. It was just as impressive as you might expect and the museum did a great job explaining the process of how it was built, what it was originally meant to look like and how it’s maintained. Ice cream gave us the sugar bump we needed to complete the President’s trail walk.

They were really touting their “Thomas Jefferson” ice cream recipe and how ol’ TJ brought ice cream to the United States. I will admit it was delicious but Dear Husband took issue with the fact that Thomas Jefferson probably did not come up with the recipe like the shop wanted us to believe. It was his head chef (whom Jefferson granted freedom to instead of owning him, according to Wikipedia) who traveled with him to France and learned how to make ice cream. He was the one to bring the concept back to the states and serve it at state dinners and functions, at Jefferson’s request, I’m sure. Jefferson just probably took credit for his chef’s work.

But again, I digress.

We ate dinner there (which was surprisingly tasty and had healthy options – thank you National Park Service for offering something other than hamburgers and nuggets because this mom can only watch her kids eat so many grilled cheese sandwiches) and stayed for the lighting of the monument at dark-thirty. 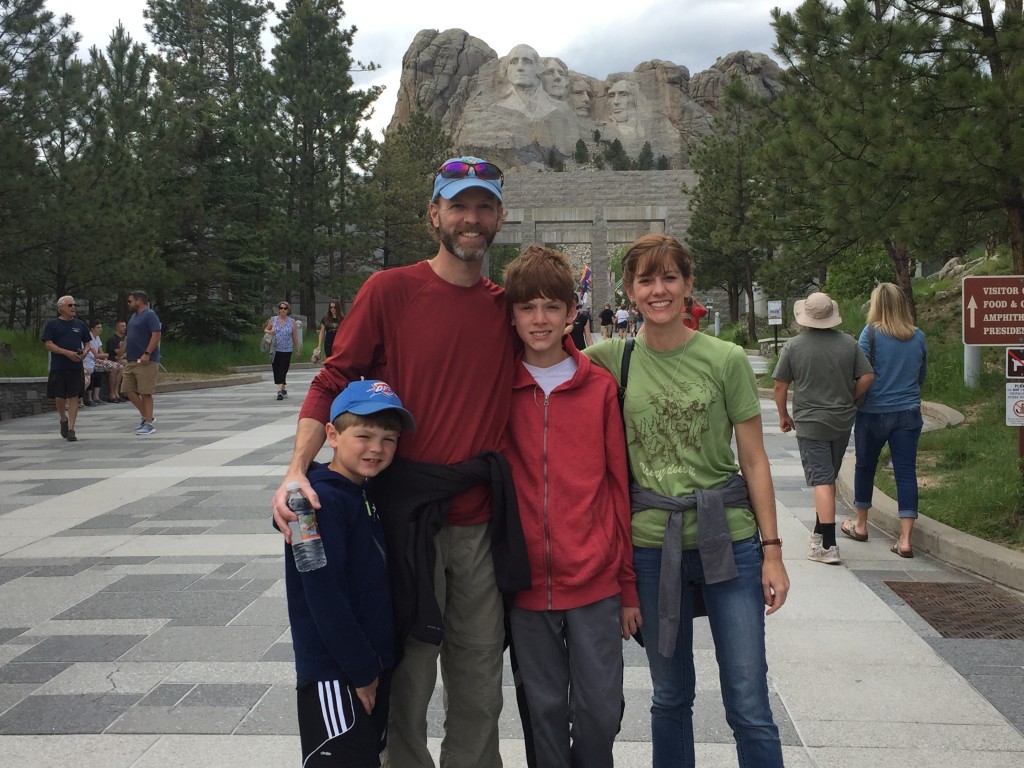 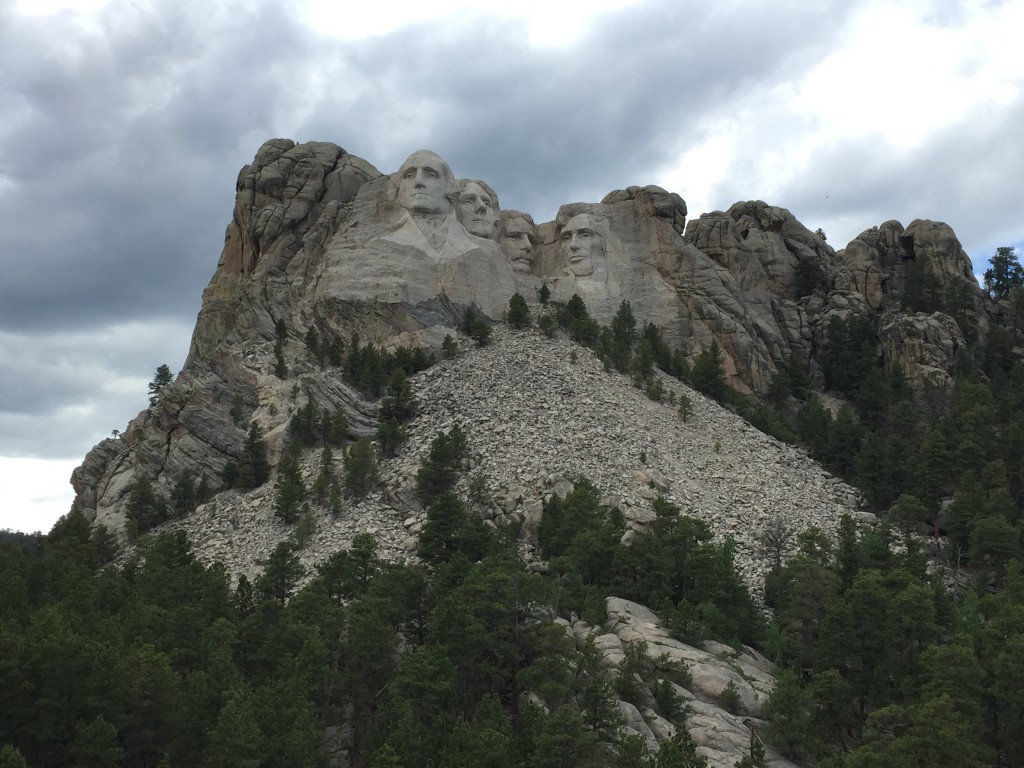 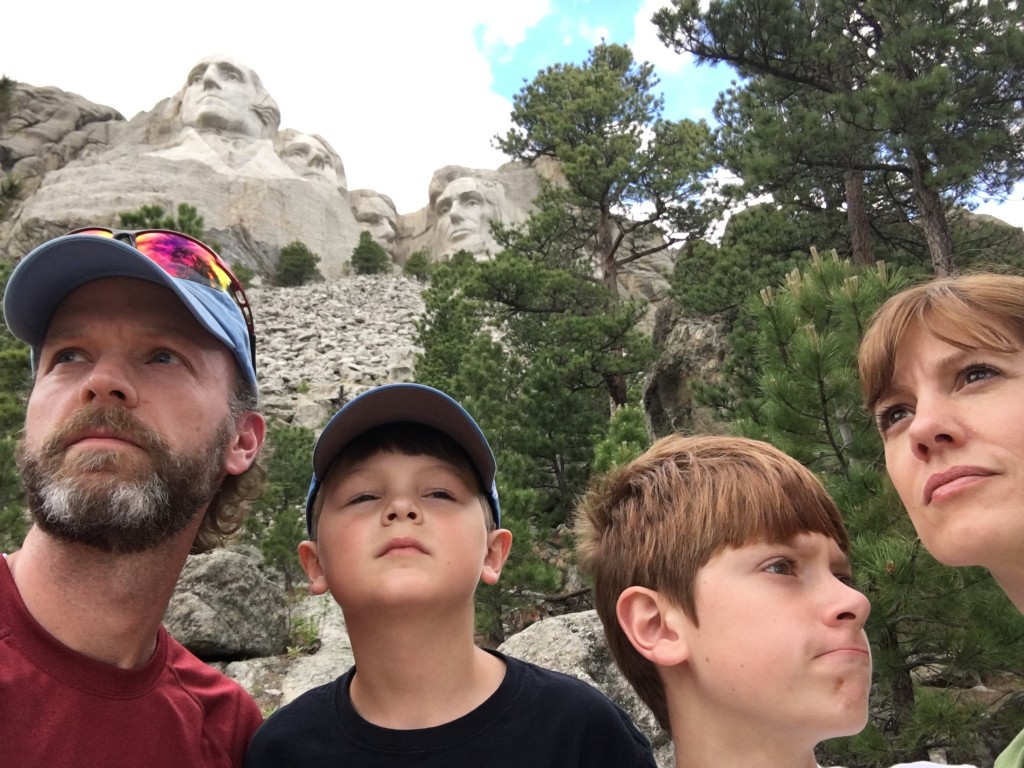 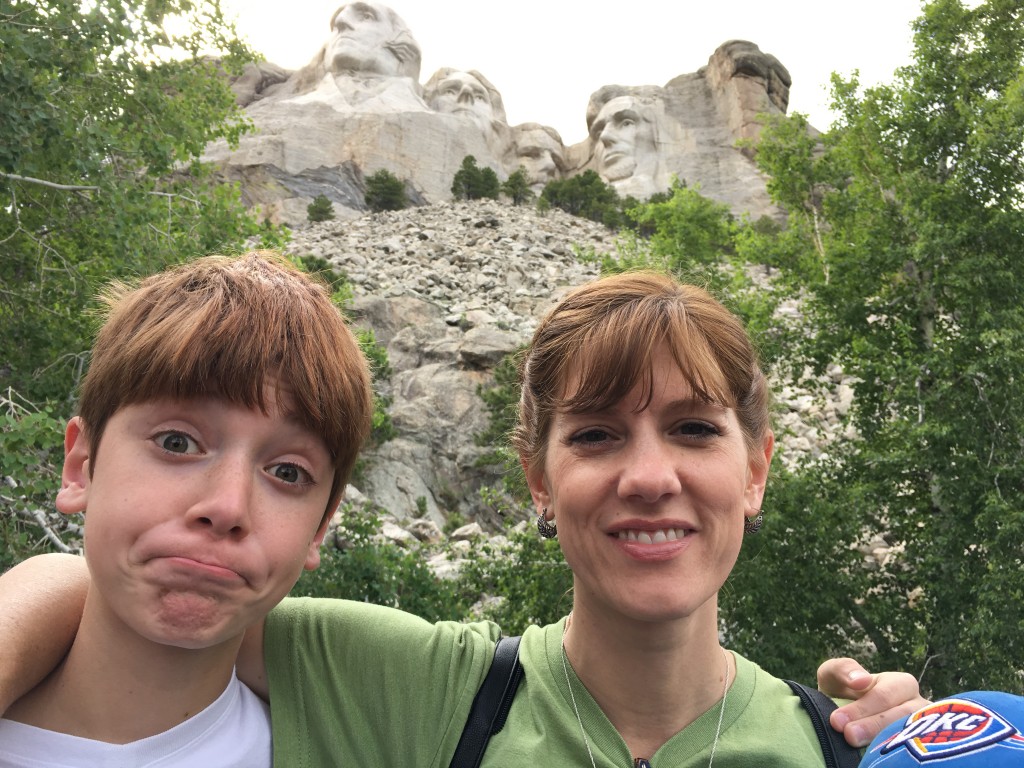 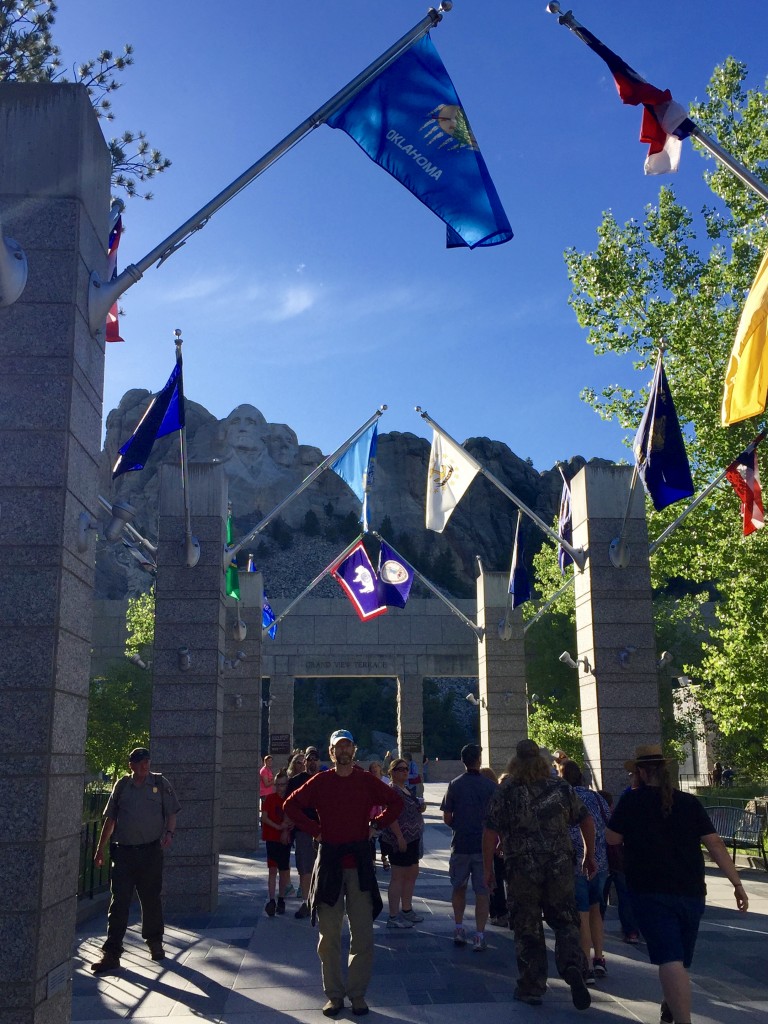 All of that, my friends, was done in one day.