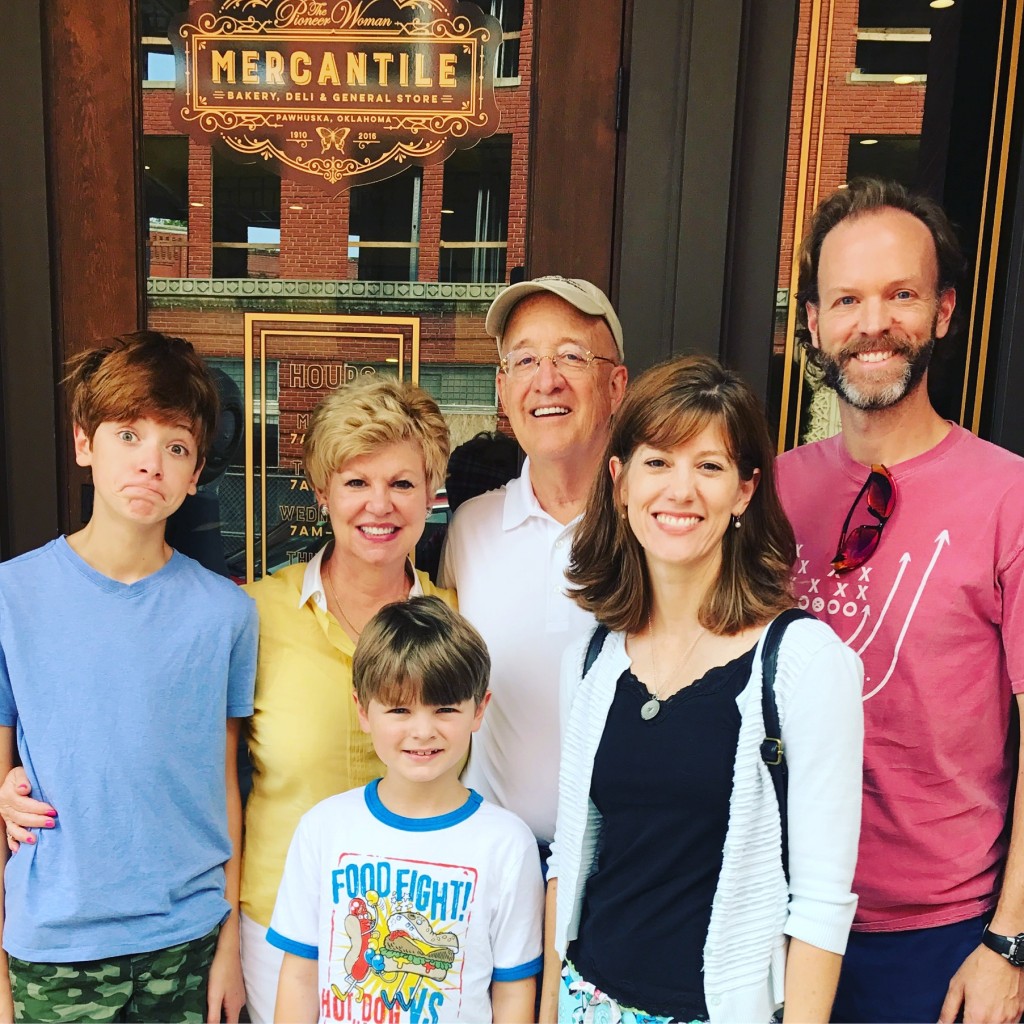 The most asked question among Oklahoma women in the past year…Have you been up to the Mercantile yet?

Earlier this summer my mom came to visit with the sole purpose to spend the weekend in northern Oklahoma in order to visit Pioneer Woman’s Mercantile. It’s only two and half hours away, so we got up early one September Saturday morning and drove north. Good thing we left early and arrived mid-morning because the wait to get a table in the restaurant was two hours. It wasn’t too terrible of a wait because we all took turns waiting in line while someone else went inside to browse the merchandise.

The place was packed and has reportedly been packed every single weekend since it opened. The food was good. Not the best thing I’ve ever had but still, yummy. It was all comfort food and items from her cookbooks that fans would recognize. The wait staff was friendly and I’m sure appreciative of the sudden boon in employment for what is a very small, very sleepy Oklahoma town.

It just so happened that the weekend we were there was a film free weekend at the lodge. Because it was a film-free weekend, the lodge was open to the public. Super secret directions were given to you if you asked (only one direction sheet per car) that would lead you out to the Drummond lodge. These directions won’t remain secret for very much longer as there was a crowd of people there and the steep gravel road leading to the house was packed with cars.

It was fun to see where the show is filmed and interesting to see the large prep kitchen and supply pantry that was obviously added on to the house after the fact. But seeing it with a crowd of strangers made it feel like a museum or an amusement park ride. Suddenly, it didn’t feel like a place where an actual family would hang out. It felt very staged.

I’m glad we went and now I can say that I have been to The Mercantile. But the experience has been nagging at the back of my mind ever since.

Confession, when I started blogging in 2011, I had this secret dream that my blog would suddenly explode and Hugs, Kisses and Snot would become a household name among SAHMs. I thought that it was only a matter of time and it would all happen organically and somehow I would be sitting on the stage with PDub at blogging conferences. I confess that for a while I copied her style of recipe posts. Imitation is the highest form of flattery. Right? Since that time I have learned that I just need to be myself and do what I love, not copy what someone else loves. I’ve also embraced the fact that this hobby will probably always be just that; a hobby. And that is perfectly fine with me. Keeping it a hobby gives me the freedom to do what I want, when I want, how I want without the pressure of feeling like I need to jump through hoops and put on a dog and pony show. But now I’m off topic.

Back to my trip to the Merc. Over the years, the more I learned about The Pioneer Woman, the more I realized that the process was not organic and that the bigger her brand became, the more it felt like a business rather than a relationship. It was about the time her show came out that I started to lose interest. I still love her cookbooks and I have to admit that her kitchen products in Walmart are cute (even if they are priced too high) but I feel like she has gotten away from what she does best. Write.

Prior to the show, she had every other woman in American convinced that country life was where it was at. She romanticized life on the ranch through her witty and honest style of writing and beautiful photography. Seeing her two beautiful homes, wide open spaces and skies, and reading about her handsome husband and adorable children made shoveling cow shit seem like a desirable way of life. I’m sure a normal rancher, one who doesn’t have an Instagram following of nearly two million and struggles to make ends meet, would tell you that life on the farm is anything but glamorous. Who knows, the show may have reinforced this romantic country dream. However, if a romance novel about a rancher and his sassy red-headed lover who struggle to maintain a simple, country life while juggling her successful business and then she has to make a choice…her man in tight jeans or move to New York to be a regular on The View (complete with a shocking plot twist at the end) comes out and then makes it to the NYT best seller list and then a movie that opens Valentine weekend; I’m out.

So, the real question is…have you been to The Mercantile yet? 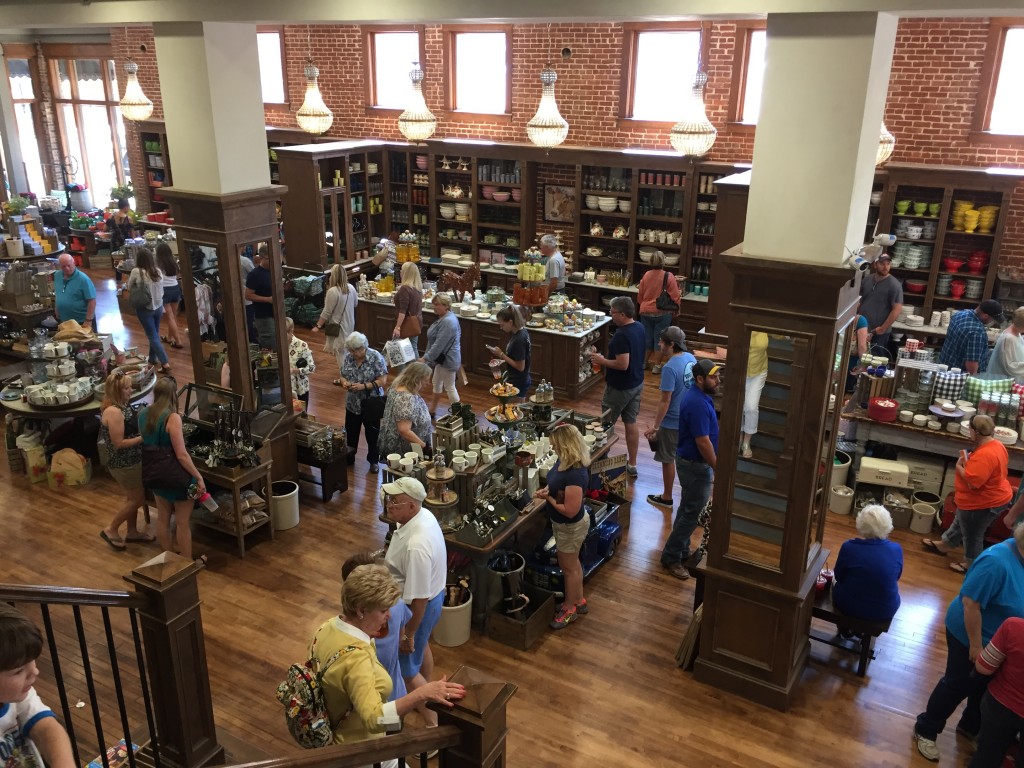 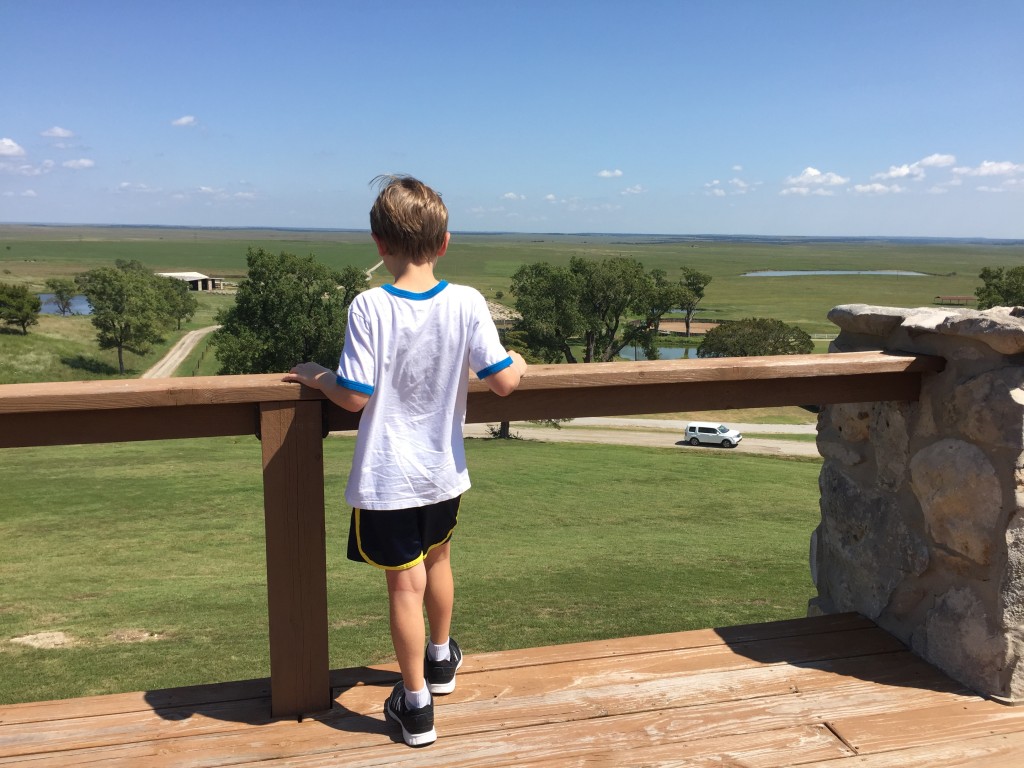 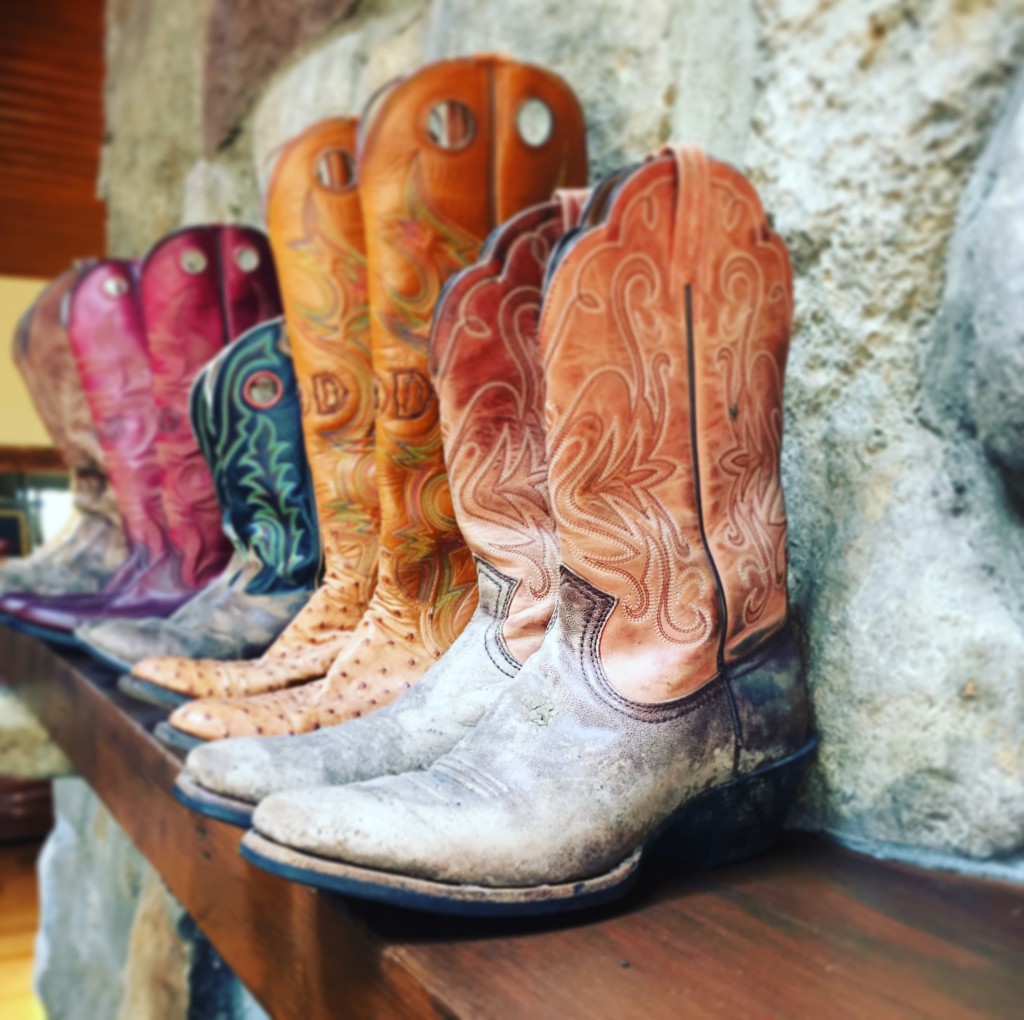 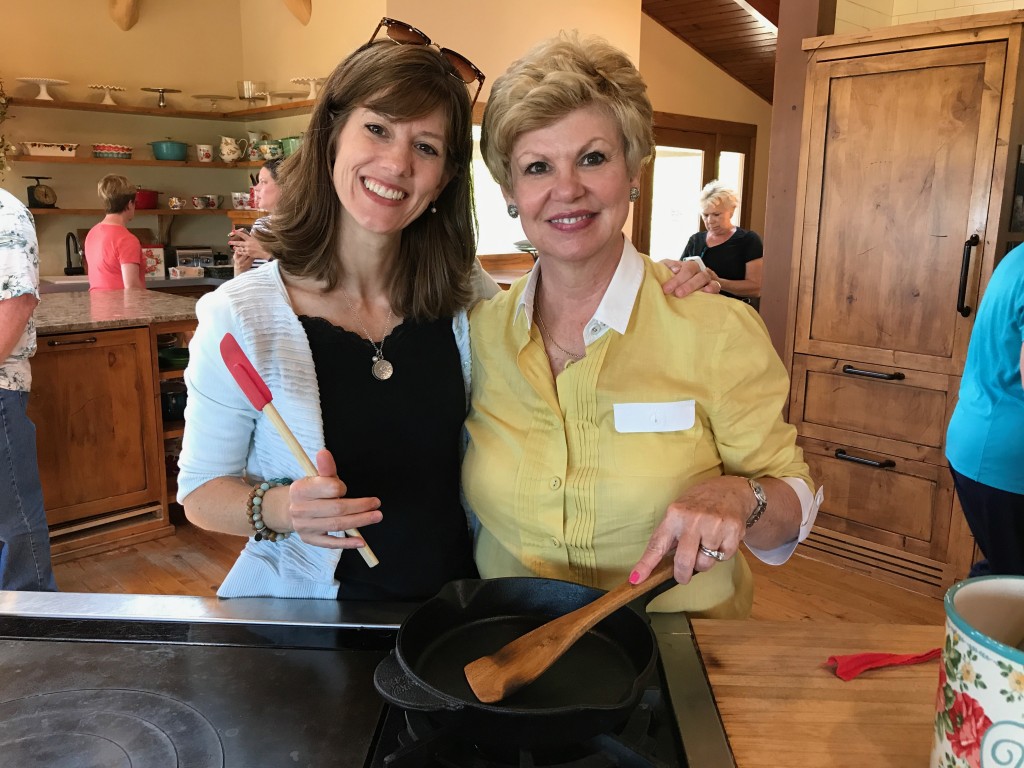 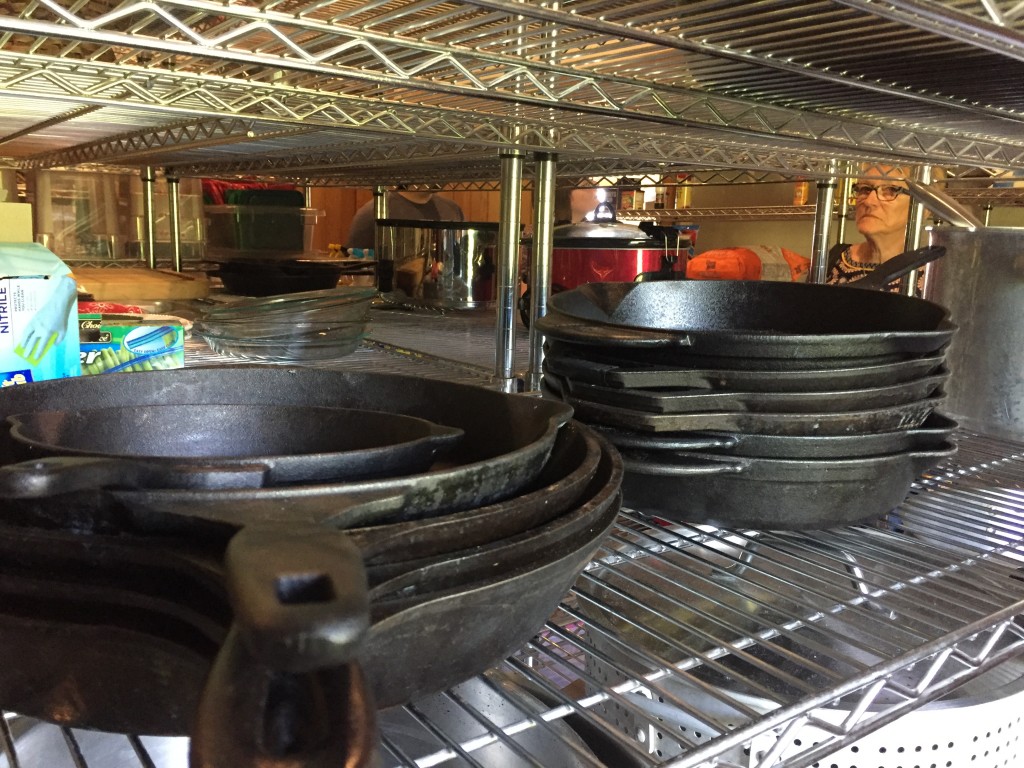 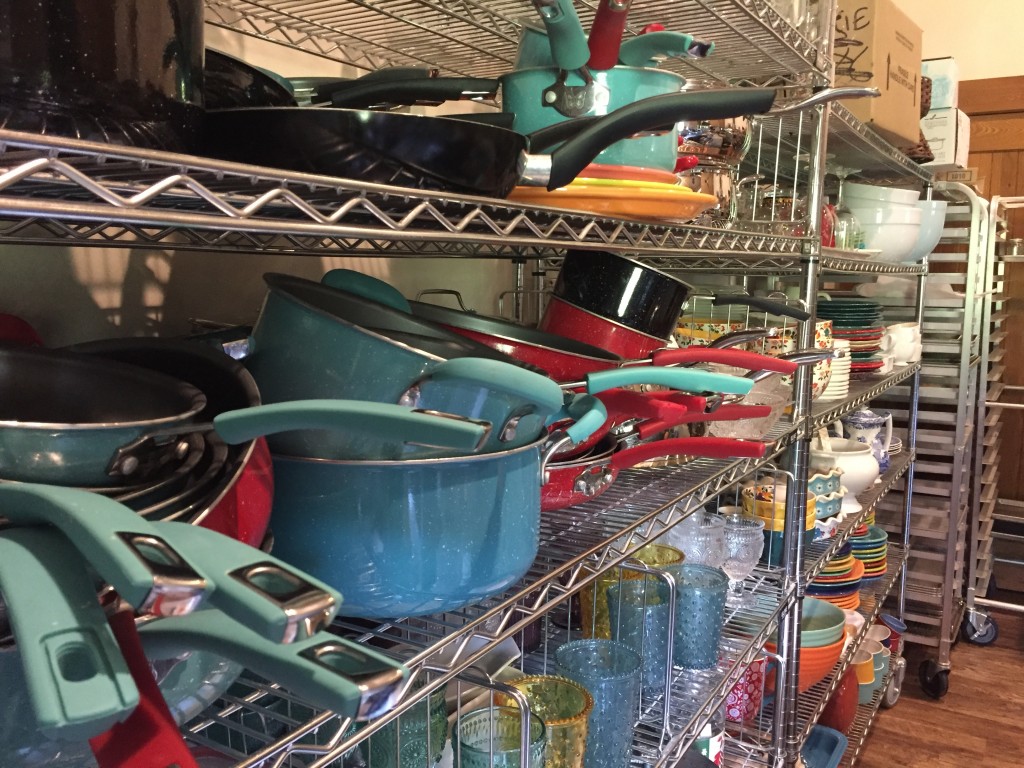