This is my maternal Great-Grandmother. We called her Ga-Maw. This is a picture of her in a bakery where she apparently worked in the French Quarter. I was lucky enough to have known her and remember her very well. She was amazing. She spoke fluent Cajun French and had a thick Cajun accent which unfortunately I cannot imitate.  (Side note regarding accents: the actors on True Blood have absolutely no idea how anybody from Louisiana talks. What you hear on that show is no where close and it bugs.)

Anyhoo – This picture sits on my kitchen counter and she watches over the comings and goings of our house and all of my cooking hits and misses. I have dubbed her my Kitchen Saint.

This is a polaroid of Ga-Maw and my maternal Grandmother, Ma-Maw. This looks to be a Thanksgiving or Christmas time feast. What I love about this picture (besides the love I have for the subjects) is the food set out on the table. In the silver soup tureen is gumbo accompanied by a huge pot of rice on the left (rice was served at EVERY meal). I’m not sure but I think I see roast chicken. If that’s the case then that is the freshest roast chicken that ever passed my lips as it probably met it’s demise earlier in the day at the chopping block in their yard. No joke. Is that a bowl of radishes below the rice? I don’t know what that’s about. That bowl of peas came out of a can. I still love canned peas.

This was taken on Mother’s Day sometime in the 80’s. I know it was mother’s day because Ga-Maw has a corsage pinned to her house dress. That’s just how they do it in the south.

Back to Saints…the actual patron St. of cooks is St. Lawrence according to my who’s who of saints book. Long story short, St. Lawrence met his end via char broil. He was bound to a large grid iron and slowly burned to death. 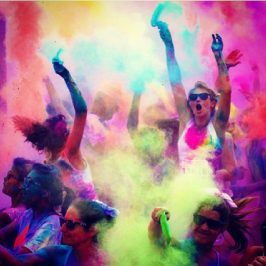 (source) Color Me Rad will be back in Oklahoma City on May 10th!  Better yet,...

We have entered a new phase in movie watching at our house and it makes... 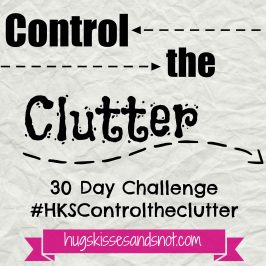 If you live in Norman or any College Football Town, USA then this post will...