I hate the unhealthy message it’s sending our already over weight school.  I hate how they taste.  I hate that it is shelf stable for 6 months.  And I really hate that parents do most of the cookie dough panhandling in the office.

In years past I bought a few items for myself and then passed the form along to my mom and she would buy a few items and I felt like I had fulfilled my school fund-raising duty.

Then I started to resent the cookie dough.  The fund-raising jerks who come up with these products get the kids worked up into a frenzy telling them that if they sell x number of boxes of cookie dough they will get prizes.  Cheap, crappy prizes whose pictures are splattered all over the order envelope.  Addison is desperate to earn some cruddy helicopter and each year either it immediately breaks or he forgets to bring it home from school or the fund-raiser organizer forgets to get it to his class room.  In any case it ends up in a whine/begging session to go and get one of those expensive helicopters from the kiosk at the mall.  But they really fly and it’s the only thing I’ve wanted in my entire life.  Annoying, isn’t it?

This year I am taking a stand.  No more cookie dough.  That order form went right into the trash.  If its money they want then I’ll just write a check for the amount that I would have spent on that crappy dough.

In the past I have suggested that instead of selling crap, how about a fund-raiser that involves getting the kids outside and exercising.  Say….a jog-a-thon or some other type of a-thon.  Who knows if that will ever happen as the fear of the unknown and no guarantee that the same amount of money would be raised is too great of a deterrent to try something new.  But I digress.

Now that I’ve got that off my chest I suddenly have an urge for homemade cookies.  I think I’ll go whip up a batch.

The other day I was driving along, minding my own business.  I was on the... 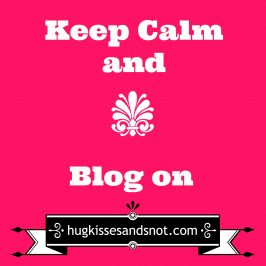 Last weekend BFF and I went to OKC for the Pioneer Woman’s book signing.  We...

I’ve had the pleasure of making some new blogger friends over the past few months....