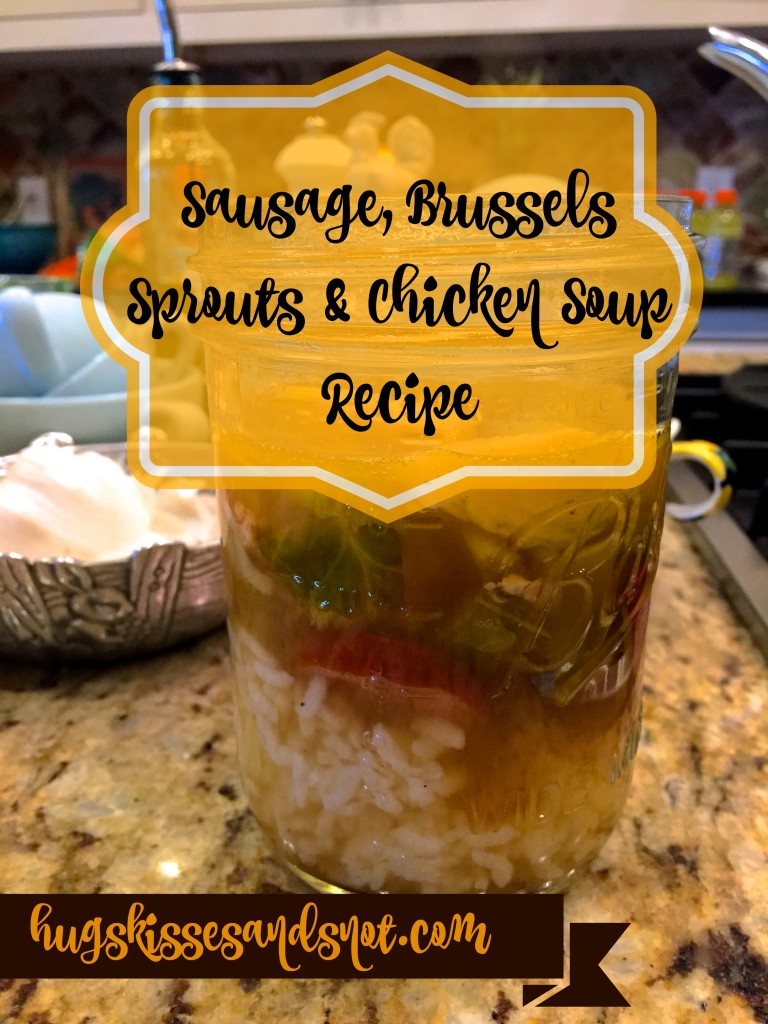 Two weeks ago Dear Husband had the flu. Who gets the flu in April? Thanks for nothing flu shot. Actually, it is probably thanks to his flu shot back in November that his case was mild compared to the knock-you-down-on-your-back-for-two-weeks variety. Although, it’s easy for me to say it was mild since I wasn’t sick. He, on the other hand, may be disputing the label “mild”.

Once I got over my shock, I picked myself up off the floor and got the next best thing, chicken thighs. I think my mom and grandmothers would agree, chicken fat will cure what ails ya. On the way to the meat counter I passed a display of brussels sprouts. In case you didn’t know, I also have a love affair going with brussels sprouts. Just ask Dear Husband and my neighbor. I picked up a bag of sprouts as I breezed by and grabbed a package of polish kielbasa for good measure and was on my way.

I don’t usually write down recipes but had a feeling this was going to be blog worthy. Thankfully, I was able to scratch a few ingredients and hope for the best. For you, dear reader, I take the extra time to be so detailed in my recipe instructions. Case in point… 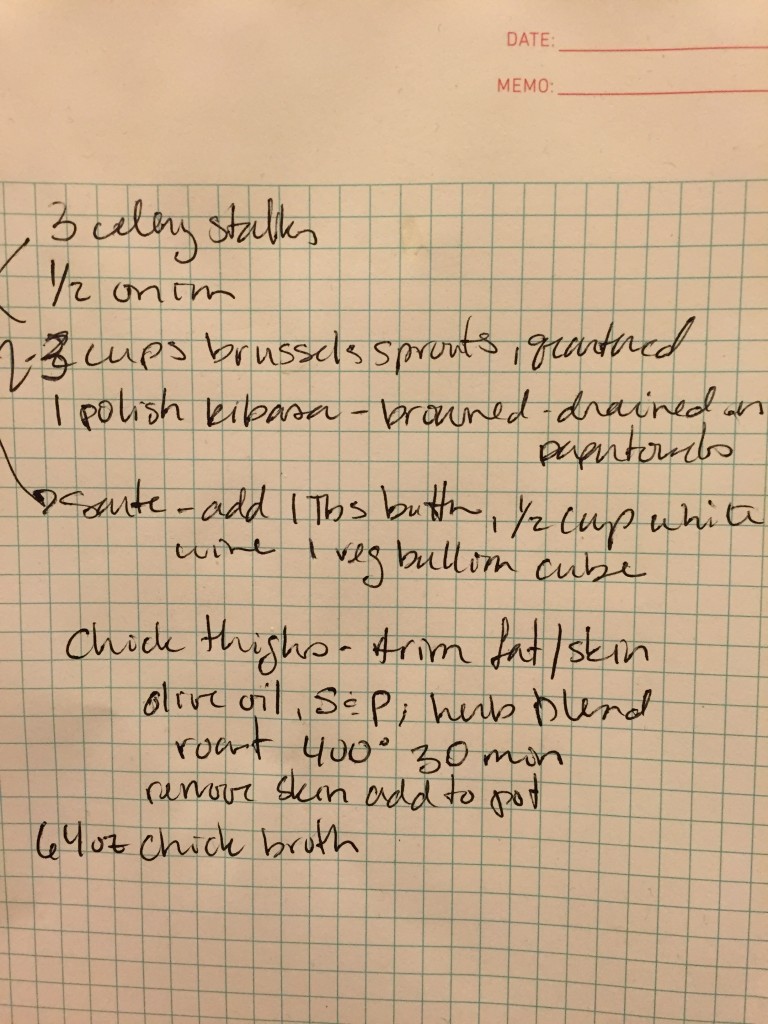 Basically, this chicken soup recipe calls for browning a bunch of things and then combining them all together.

First, trim the excess skin and fat off the chicken thighs, drizzle with olive oil and season generously with salt and pepper then roast them in the oven.

While chicken is roasting, saute sausage until brown then drain on paper towels then set aside.

Next, saute celery, onion and brussels sprouts in butter then deglaze pot with white wine. Add a vegetable bullion cube and simmer for a hot second.

Combine everything with lots of chicken broth and let it do its magic. 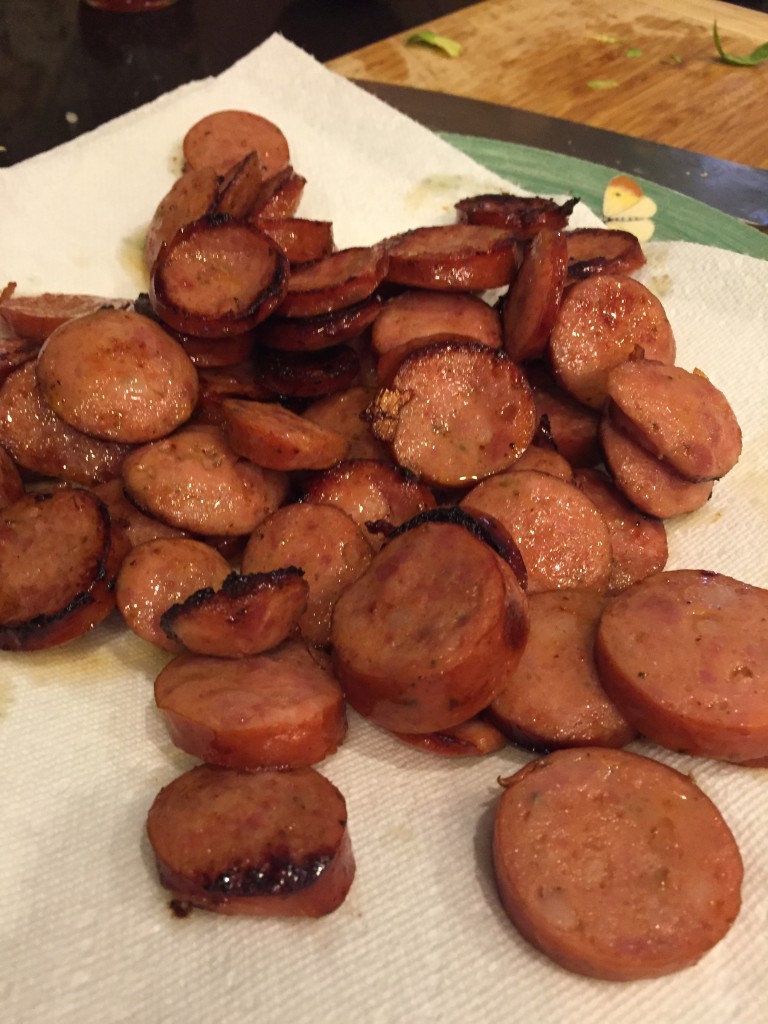 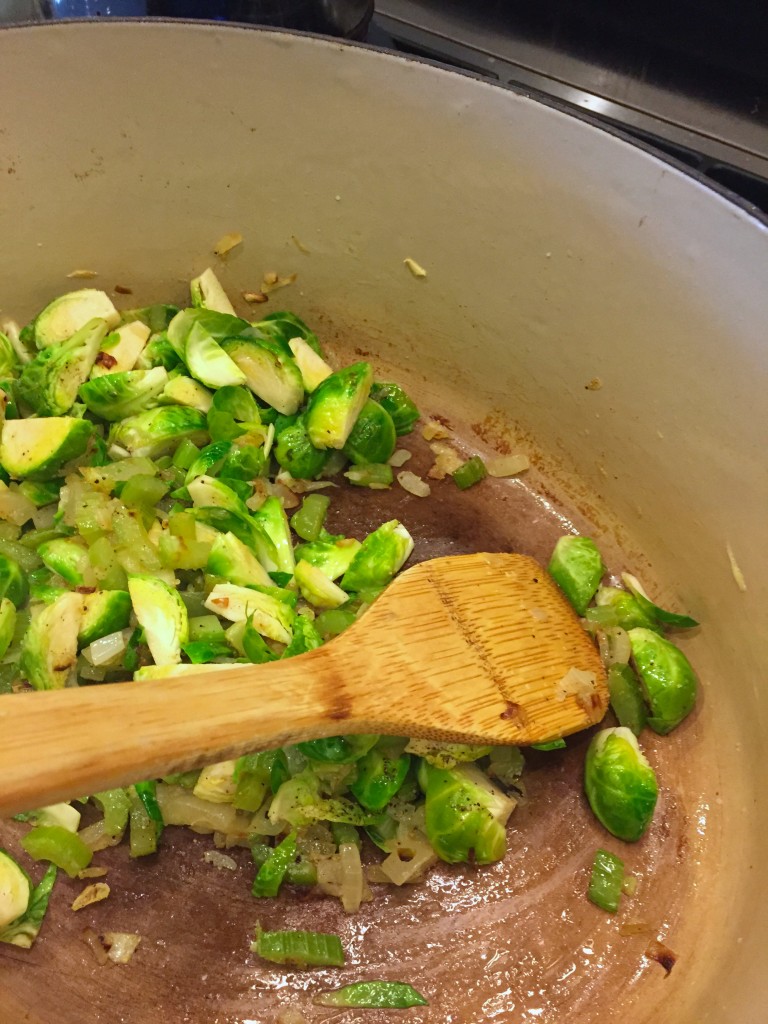 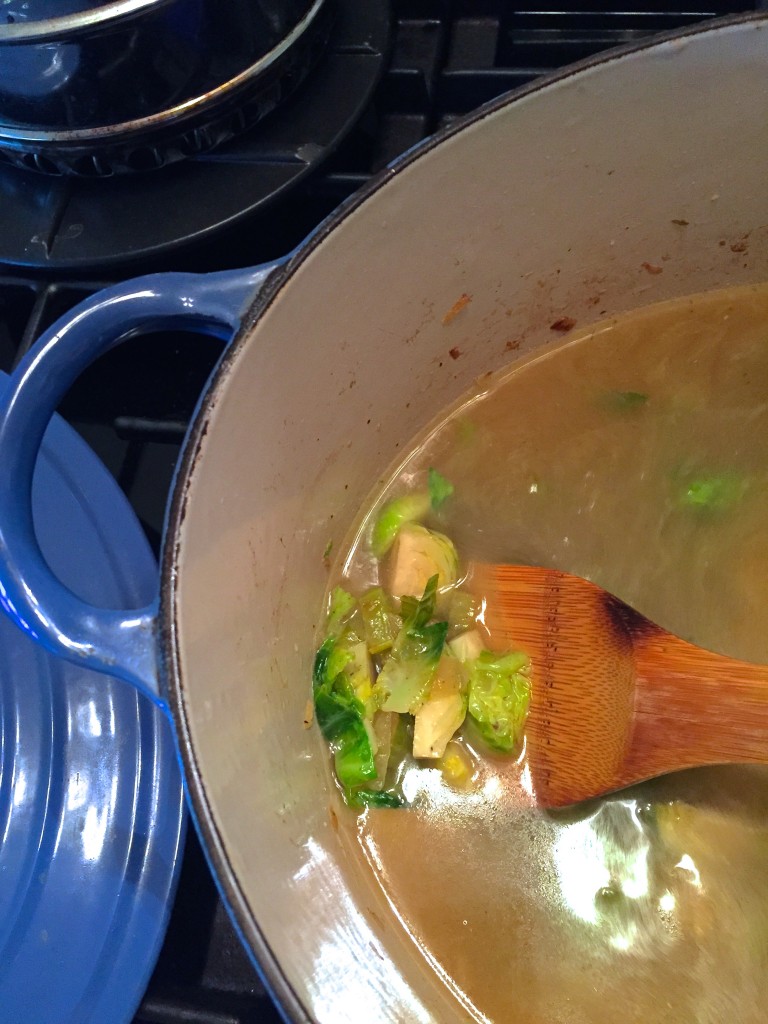 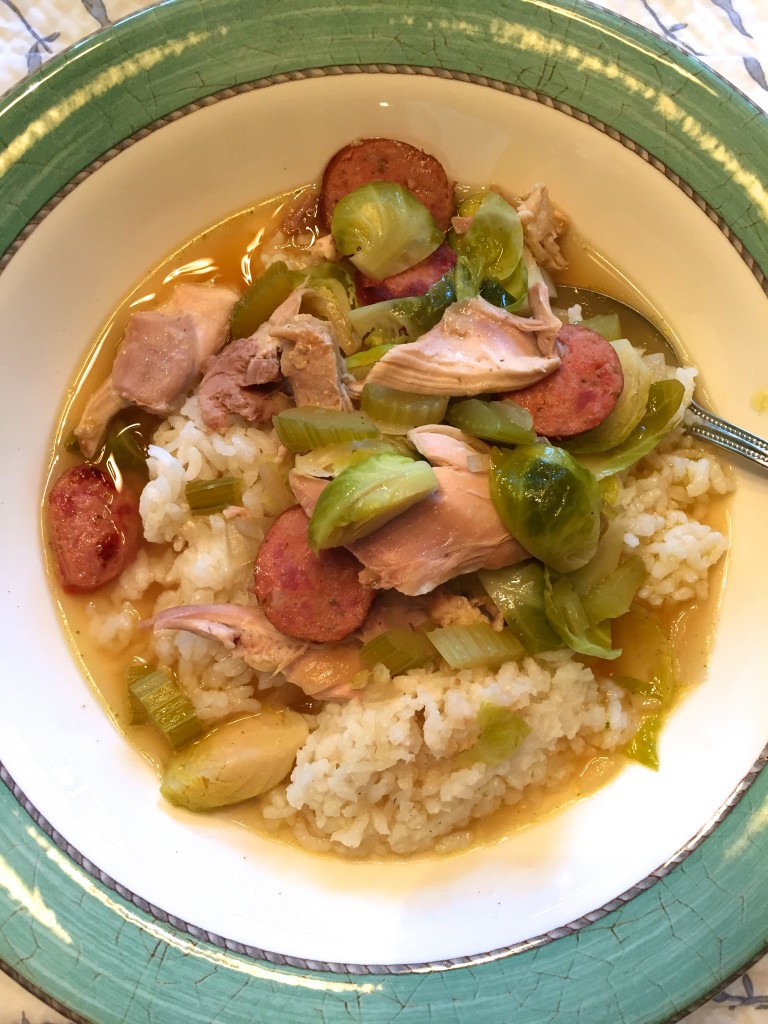 I’m happy to report that Dear Husband has been cured of the flu. I’m going to go ahead and assume it was the soup that did it. For those who would like a little

For those who would like a little more detail than my chicken-scratched ingredients and vague instructions, here is a real recipe that you can print out to be used over and over and over.