About a year ago the friendliest cat on earth showed up on our back porch. He must have sensed there was a cat lover residing within because he turned on the charm. All you had to do was look at him and he would start purring. Harry could yank his tale and not a peep would be heard. After I exhausted my efforts in trying to find his owners (emailing our HOA) it looked like we had a new pet.

Dear Husband is allergic to cats so Shashu was an outside cat. I say “was” because he has been slowly making his move indoors.

When he became ours I took him to the vet as any responsible pet owner should do. Shots, flea/tick medicine and exam and I dropped $200 easy. Yikes. Well, that’s just a one time thing. Right?

This past winter Shashu lived in the garage and did his family duty by killing a few mice and leaving them right on the mat by the door into the house. I was proud of him plus pretty grossed out by the half eaten mice but mouse hunting comes with a price. During snowmageddon 2011 Shashu spent a lovely time inside and I noticed that he had worms. Yuck. Back to the vet we go. The vet said he had lost weight since last time so we did some blood work to see what’s up. De-worm pill, exam, blood work, antibiotic, cat food and an hour later and I’ve dropped somewhere between $250 and $300. Gulp.

Last week we go in for his quarterly de-worm pill and I need to get another 6 month supply of flea/tick meds. I mention that he seems to have an eye infection and has not been himself lately. Guess what? Exam, de-worm pill, flea/tick medicine, antibiotic and I’ve spent another $175.

We got home and I have him his flea/tick medicine (cuz’ it was time). Less than an hour later is one sick kitty. He can’t walk straight, can’t jump up two feet to the bench and can’t go 3 feet without stopping to rest.

This is where he has spent the past week.

Turns out you should not give a cat a de-worm pill AND flea/tick medicine at the same time. Their little liver can’t take it. Would have been nice to know that from someone who knows a lot about animals. A professional, perhaps a veterinarian.

He seems to be coming out of it. But I can already see the handwriting on the wall. More blood work and another round of antibiotics. Meow.

If you’re a pet owner you feel my pain. The love we have for our animals is expensive. If you are thinking of getting a pet take a moment to consider what you’re getting into. It is a covenant not to be entered into lightly.

I have big news today!  I’m going to be a contributing blogger on the Metro...

Way back in November (geez, that sounds like ages ago, doesn’t it?) I wrote about... 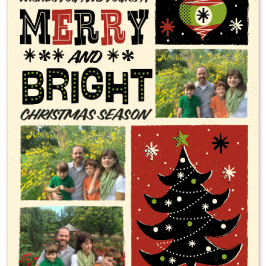 Disclaimer: This is a sponsored post.  All opinions and ideas are my own.   I...