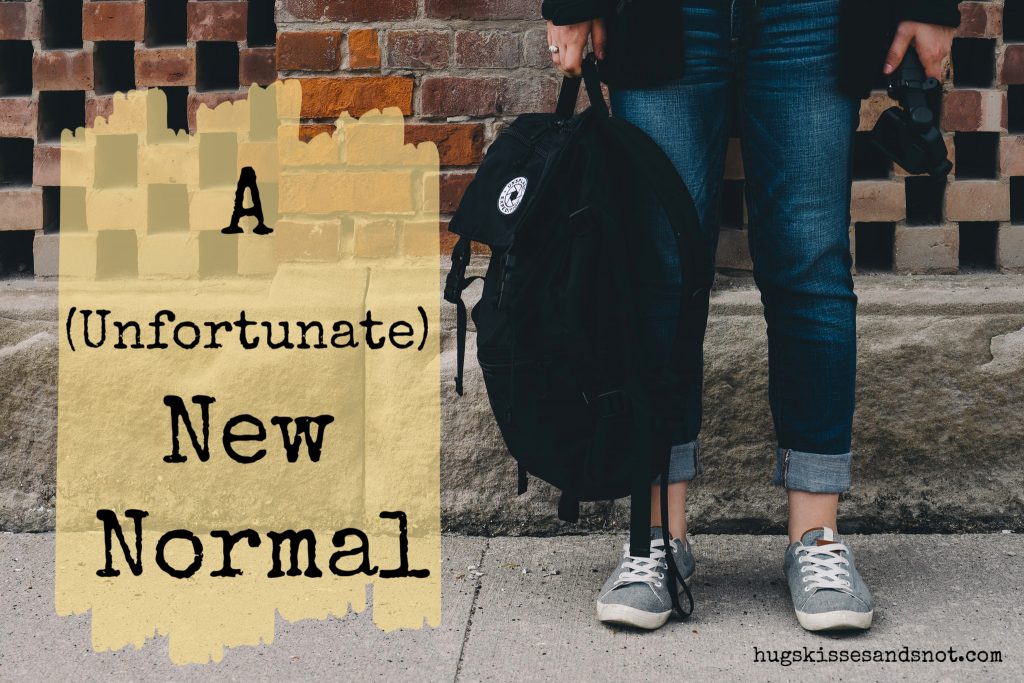 The first semester of school is slipping away and for a solid three months I have been ignoring this post and finding reasons why I don’t have time to write. Part of the reason I’ve procrastinated is because we sent our oldest off to high school for the first time and I have slowly been processing that change. High school is a whole new beast and I can no longer spout off all my feelings about my kids on this blog. High schoolers need privacy and probably don’t appreciate their moms pouring their hearts out online about how their baby is growing up.

Right before school started Adam took Addison to see Hamilton when it made its tour stop in Oklahoma City. Eighth grade Social Studies was all about the American Revolution and founding fathers. Perfect timing! (I thought). I don’t know if he found it as poignant as I did or was as enraptured as I was when I first saw Hamilton but it is history brought to life so it was money well spent even if the impact made on him isn’t immediate.

On the first day of school, after drop off, I like to torture myself. Adam doesn’t understand it but after the first day of school drop off I open Spotify and turn on ABBA’s Slipping Through My Fingers or Nicole Nordeman’s Slow Down. This year I pulled up the Hamilton sound track and put Dear Theodosia on repeat.

This song in particular hit home this year. Perhaps it was because I sent my Freshman off to a school three times the size of the one I went to as a kid. Perhaps it was the knowledge that this is the beginning of the true independence we are all struggling so hard to find a balance for. Mostly, going back to school reminds me of the harsh reality we are all trying to ignore and I grieve for all of our children.

I wish I was making this up. I’ve been a part of active shooter drills in a kindergarten room and listened to teacher friends talk about their back to school life saving training. This is America’s new (unfortunate) normal.

You’ll come of age with our young nation;

we’ll bleed and fight for you,
we’ll make it right for you.
If we lay a strong enough foundation,
we’ll pass it on to you,
we’ll give the world to you and you’ll blow us all away.

For over two hundred years we have been bleeding and fighting, planning and building; trying to create a safe place to pass along to our children. Two hundred years later and the best we can do is teach them where to hide when someone comes through their school with an intent to kill and buy them bullet proof backpacks.

I wonder what our countries founders would think of us now? Could they even begin to imagine the type of fire arm available to every household? Would they think we have twisted their idea of a right to bear arms and a well-ordered militia until it is unrecognizable? Would they be proud of how we have treated their legacy?

There may be people of a different generation who lived or raised children during a time when Russia posed a real and present danger to their way of life and not just to elections. They lived through the Cuban missile crises and knew true fear for their families. They may poo-poo my alarmist attitude and say that we are making a mountain out of a molehill. Our country’s history has no shortage of dark and dangerous times. However, I would argue that the difference is that this real and present danger is homegrown instead of a mysterious foreign power far off across the sea.

Like the 80’s horror movie, the phone call is coming from inside the house.

Do I join the growing number of Americans who shrug their shoulders at the brutality of it all and chalk it up to the changing times we live in?

Do I give up believing that the safety and security of the many is not as important as the rights of the individual?

Do I continue beat against the powers that be and demand real change? Do I allow myself to be broken in the process?

Sadly, I don’t have answers to any of those questions and the uncertainty that we live in day-to-day has become a new, unfortunate, normal.

I have sat on this post for weeks and weeks. Every now and then I would come back to it and reread it. Wondering how to wrap it up, how to answer the unanswerable, wondering what comes next. Most of all, I wondered if anyone cares at all. I’ve poured my heart out about this before, many times. This post is just another lament of the same song just a different verse. This unfortunate new normal weighs heavy on me and I wonder if I’m the only one.

So, there is no way to wrap this up…because this unfortunate new normal is relentless. It is a violent thirst that cannot seem to be quenched.