Earlier this summer my 15 year old cousin came to stay with us for about a week. Let me preface this by saying that he is a wonderful kid. He is so sweet, soft spoken, kind to others and actually enjoyed playing and hanging out with my kids. However, he suffers from an ailment that we all suffer from at some point in our lives; teenager. I’ve decided that a part of teenager’s brains turn off for several years causing them to make dumb decisions and have complete disregard for their own hygiene and how it effects those around them. This experience was an interesting (and slightly terrifying) glimpse into what my life may possibly be like in a few years.  I experienced the mumbling, the shuffling around, the ear buds constantly in the ears…even when there is nothing playing, the eating of everything in sight and smacking loudly through every bite. For the love of five stars, my ears cannot handle any more smacking, slurping and digestive noises. The resistance to showers.

Can we take a moment to talk about the resistance to showers? I remember going through the phase of not wanting to shower yet I can offer no clue as to my aversion to bathing other than temporary insanity. Praise the heavens that we grow out of it. Now I feel like a pioneer if I go more than 24 hours without a shower. Why in the world do adolescents not want to shower? Are they afraid to get completely naked, even in private? Are they afraid that someone will burst in the bathroom, despite the locked door, point and laugh and then post it on YouTube? And why do they think they can fool us? It is clear from the desert climate in the bathroom, the dry as a bone bathtub and the greasy hair that your body has not been completely soaped, scrubbed and rinsed in several days despite your insistence that you are freshly showered. And while you are in the bathroom, not taking a shower, please flush the toilet. How hard is it to apply the slightest pressure to the handle? You can even use the toilet handle as leverage as you get up from the seat, that way you’re not inconveniencing yourself by having to do the hard work of reaching over to flush. No one, I mean NO ONE, wants to stumble upon a commode that looks like a downtown bus station public restroom after a digestive pandemic and no running water.

All of these above mentioned elements, combined with hormones that cause glands in the body to think they are a skunk created what I can only call “The Smell”. I don’t have a name for The Smell. All I know is that I walked into the bed room (which is adjoined to the bathroom) where my 10 year old son and said 15 year old were hanging out and was almost knocked backwards. It was nothing I had ever experienced before. Imagine if a skunk ate a super spicy burrito that was way past its sell by date and then had a violent gastrointestinal reaction to eating said spicy burrito. That is as close as I can come to describing The Smell. 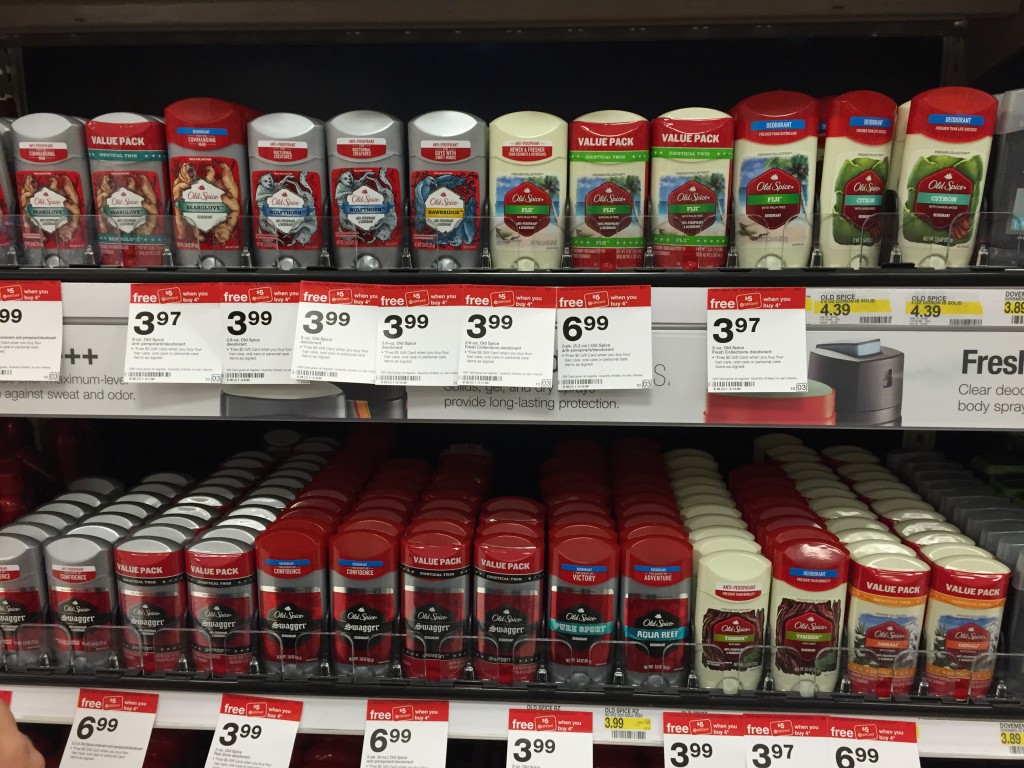 Flash forward a few months and Addison was showing off his armpit-farting skills in the front seat of the car. After the performance I asked him if his hand was stinky. He smelled his hand (gross) and confirmed that it was stinky. He then smelled his armpit and also confirmed that it too was indeed stinky. I asked him if he felt like he would like to start wearing deodorant and without blinking an eye he said yes. The boy is ready.

A few days later we shopping in Target and I remembered his desire to start doing manly things so we took ourselves to the deodorant aisle. He smelled about 10 different flavors before setting on the 5 he liked the best. We even did a blind smell test to make sure he wasn’t being swayed by the fancy names and packaging. Because Target had a promotion to receive a $5 gift card with a purchase of all the Old Spice, we went home with 5 different scents. 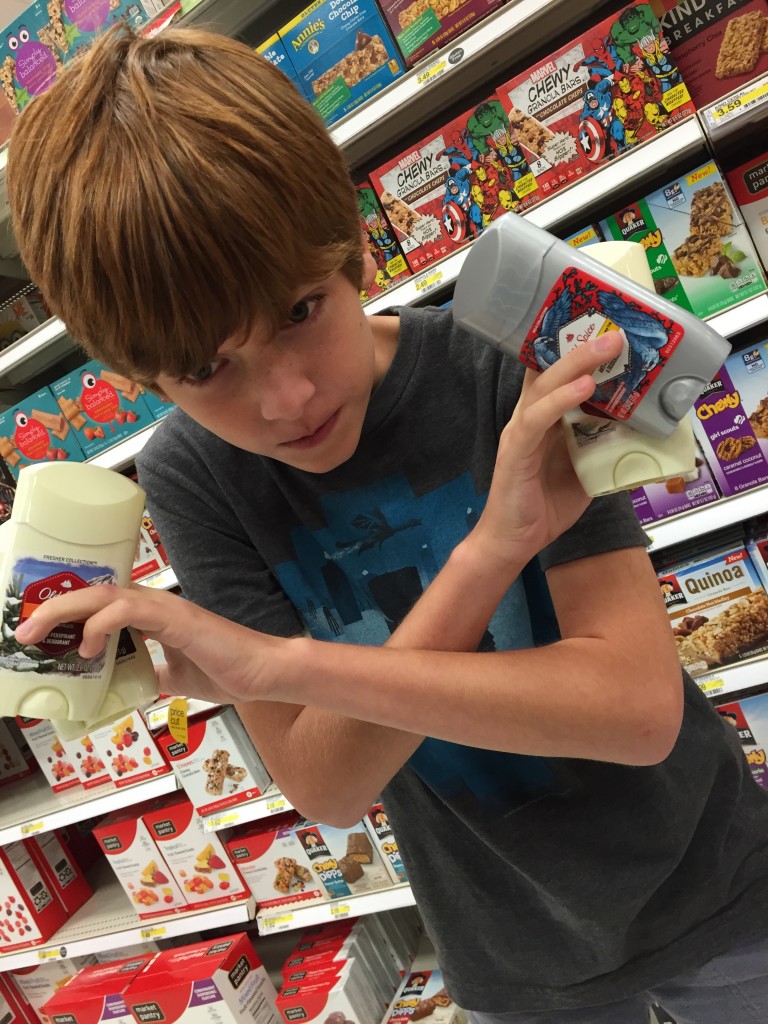 Here he is in all his shaggy hair glory. Looking like Wolverine except instead of blades he has deodorant and instead of fighting evil mutants he is fighting body odor. I wonder if Wolverine still likes fruit snacks?