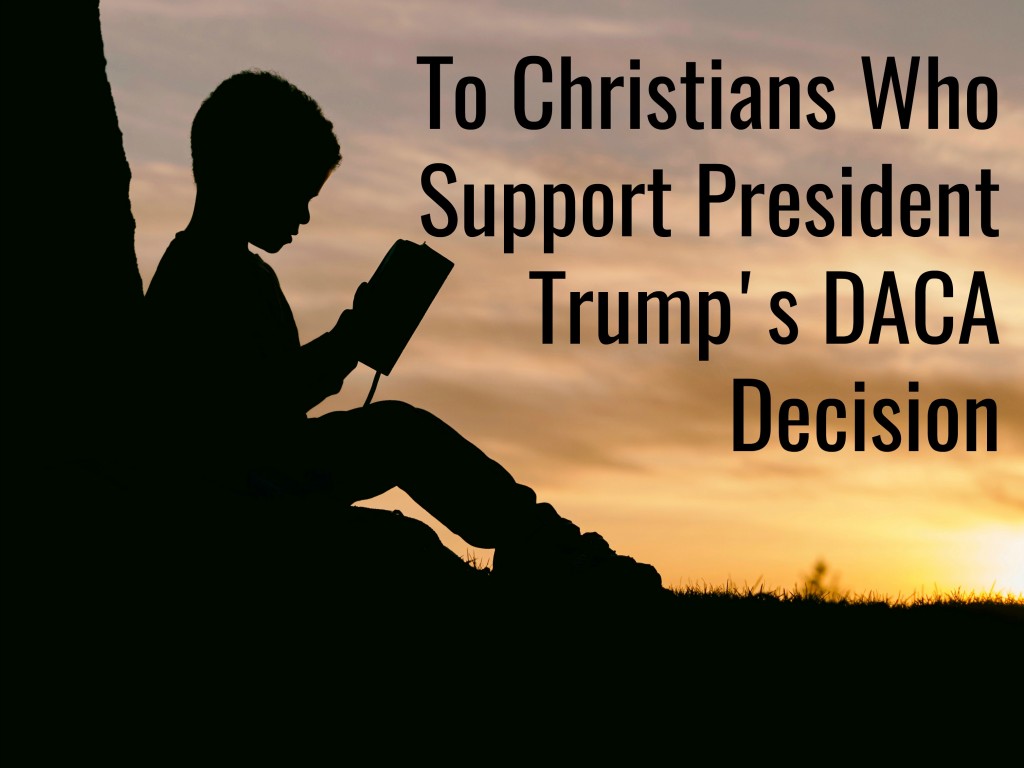 If you follow the news regularly, you may be getting whip lash. Hurrican Harvey, DACA, wildfires in California, Jeff Sessions, hurricane Irma, wildfires in the northwest. What in the actual heck is going on here? Are we in the end times?

I wasn’t going to address President Trump’s recent presidential order to eliminate DACA by March of 2018. My head is spinning from everything else that is going on but then a friend on Facebook made a frustrated comment that really got me thinking.

I think it’s important for you to know that my “friends” on Facebook vary greatly between political and religious spectrums. Some are conservative Christians, some are progressive Christians, some consider themselves spiritual but not necessarily Christian, some don’t subscribe to a certain set of beliefs, some are atheists, and some just really love Jesus. Some are Trump supporters and some heads explode on a regular basis over Trump. It’s quite a motley cru.

The Facebook friend mentioned above took to the faceplace in her frustration over DACA. Here is what she said (shared with her permission):

Fair warning fb friends. I’m beyond pissed and I won’t tolerate your bull today. Keep your so called Christian faith to your damn self if you in any way think you can defend that bully-in-chief behavior today. It is NOT Christian. It is NOT loving. It is NOT in the best interests of this country. It is NOT compassionate you asshole Sessions.

Do NOT EVEN go there with me today. I’m normally a pretty tolerant individual — NOT TODAY!

Her response to someone who commented their own frustration on her post:

It is sad that even a basic reading of the Bible could point to love, compassion, kindness and help/support to the immigrant. It even uses that very word. I”m just so disillusioned with “Christians”. I don’t ever want to be associated with them. Present company excluded of course.

Here is the thing that really caught my eye: I’m just so disillusioned with “Christians”.

This statement is heartbreaking because, Christians, in general, have completely failed this woman. Her disillusionment is proof positive that as a collective group, Christians in today’s climate, are getting it completely wrong. We are not representing the heart and mission of Jesus Christ. We have gone completely off script.

So this week, with an open heart and in the spirit of progress, I want to talk to Christians who support President Trump and his decision regarding DACA.

I’m assuming you love your bible and you love Jesus. I’m assuming attending church is important to you and you want to bring your children or grandchildren up in “the word”. I’m assuming that you have a list of dos and don’ts that you prescribe to that are linked to your beliefs.

I know I’m taking a chance here and risking backlash and negative comments or hurt feelings. Religion and politics have become divisive issues as of late. But it is because of that very reason, the division I see in people who love God, that I feel compelled to write to you.

For the sake of discussion, please set aside your political affiliation. I’ll do the same. Let’s just talk as people with the same common goal to be loving and compassionate representatives of our God and the teachings of Jesus. The comment above is a common thread of discontent among people who have either fallen out of love with the church or have never been impressed by it in the first place. Rather than pull people into the loving arms of Christ, we are pushing them away. By supporting the president’s executive order you are giving the impression that you don’t care about the 800,000 “Dreamers” who will be affected if this executive order does indeed go into effect.

You may be thinking illegal immigration has gotten out of control. We have to do something to force Congress to make real change. Or perhaps you’re thinking Trump has his reasons…he doesn’t want to kick all those kids out but he has to exert his power. Maybe you’re thinking I don’t really want people to suffer but we need to think of our own first. And possibly you’re thinking there are so many details here. You don’t have all of the information. These people won’t be sent away immediately, it will take time and there will be steps to take. It is likely you’re thinking Obama overstepped his bounds when he started DACA in the first place. Now Trump is cleaning up his mess.

Okay, I understand. There are a lot of things to consider and this issue very nuanced and has a history. Most likely all of these children and young adults won’t be loaded on to buses and shipped back to Mexico and Honduras and Guatemala on March 1.

But here’s the thing, and just hear me out; regardless if they aren’t all shipped back, that’s beside the point I’m trying to make. What I want you to understand is how you, as a Christian, are being perceived and portrayed to the rest of the world if you support an ideology that everyone who isn’t American needs to go. You are seen as heartless and cold. Even if you don’t think of yourself as heartless and cold. This is the message you are sending.  It is no secret that President Trump’s message is Americans first and everyone else second. That message is void of compassion and mercy. In your heart of hearts, do you want to be associated with a message that is void of compassion and mercy?

I say these things because I’m concerned for you and the church. I don’t think most Christians want to be thought of cold and unforgiving. Forgiveness is the hashtag our entire religion is built on for goodness sakes.

Secondly, we’re talking about them as if they were something we ordered on Amazon and no longer want. These are real people who have been living here their entire lives. They have been contributing to society, getting jobs, paying taxes, getting an education, earning a living. They each deserve mercy just as you and I deserve mercy. When you’re talking about human lives you can’t talk out of both sides of your mouth. You can’t say you love them and then sentence them to a life they don’t deserve in the same breath. They shouldn’t be used as pawns in a political game of chess or chicken.

Maybe you want to defend Trump’s actions with the justification that he is just a baby Christian and he doesn’t really know all the rules yet. He doesn’t know how to be. Okay, I’ll take this leap with you. If that is your defence then it is up to you to help him know how to be. It’s up to you to show him how Christians should treat their neighbor. Re-read the Good Samaritan story and Matthew 25 then take to Twitter or email and teach him what the bible says about taking care of those less fortunate.

Christians, we have a serious moment in history to make a mark. How do we want to be remembered? Do we want to be known as the group who worked toward compassion or division?

Let’s take a verse from one of our own songs…how will they know we are Christians? By our love? Currently, the answer is “no”. 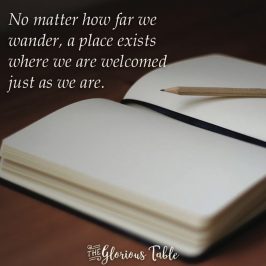 Recently a friend told me she had decided to get rid of all the journals...

Christmas music.  I love hearing all of the velvet voices of the classic Christmas... 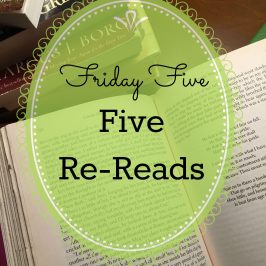 Over the past few weeks I’ve been dabbling in using writing prompts. The great thing... 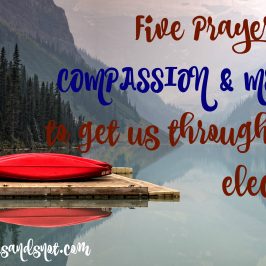 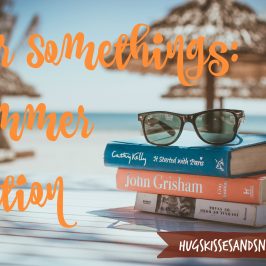