You may think, by the title of this post, that I am comparing meeting Jen Hatmaker to heaven on earth. That’s not it, I’m not that enamored, just hear me out.

Last weekend I had the good fortune to meet Jen Hatmaker…on her very own front porch. 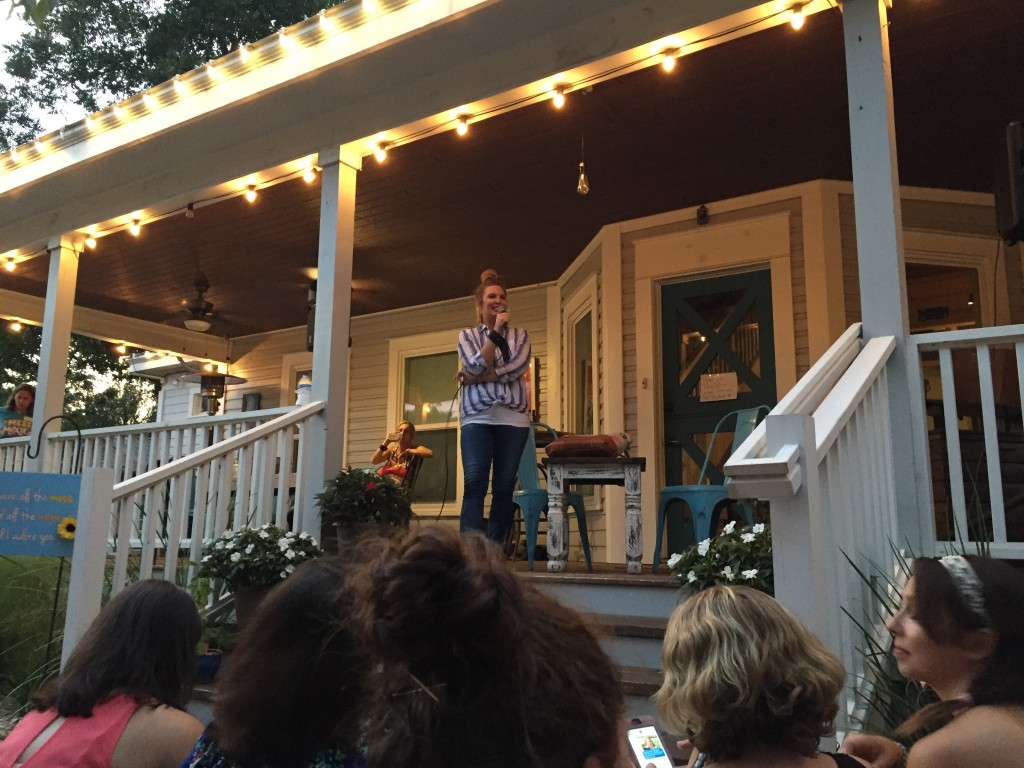 A little over two years ago I happened to see a call for bloggers to apply to be on a book launch team for a book she had coming out. I signed up and lo and behold I was one of the fortunate 500 people to help promote her book, For The Love.

The book was released, was a smashing success and then something very interesting happened. Instead of the 500 people disbanding and going their merry way, they stuck around. People started getting to know each other. They were honest about what was happening in their lives, they dropped their FB facade and shared the good, the bad, and the ugly. And people responded with support and love and care.

The book launch team turned into a community.

Some people have excused themselves and moved on. And that is perfectly okay. But about 400 women stuck around and started forming friendships.

This past year has been very tough for Jen Hatmaker. Many fans, Christians, and churches turned their backs on her at best and demonized her at worst. But the For The Love community stuck around. Many of us stood behind her in her decisions, many of us did not agree with what she was proclaiming but regardless of where we landed on her stance on homosexuality and the church, we still had her back.

We had her back despite differences because we knew, that at our core, we could agree on one thing…love Jesus and love people. The end.

Despite the hullabaloo, JHat had another book coming out called Of Mess and Moxie. (release date: August 8) The community was invited to be on the launch team and there was a collective “heck yeah!” in the group. Then we were invited to a reunion of sorts to Jen’s house in Austin, TX. Two years prior there had been a launch team party at her house but I opted out for reasons of fear, uncertainty, insecurity, and just being weird about it. This year I vowed not to be weird about it and wrote it in my calendar…in pen…then blocked it with a blue marker. No turning back.

I was familiar with many of the women in the group but leading up to the party, I made an effort to get to know them a little better. But because FB profiles are tiny and I need to see a face to associate a name with it, I went to the party still feeling a little unsure of who I would know or if I would fit in. As it turned out, most women there felt the same way I did. In a sort forty-eight hours I formed friendships, found kindred spirits, and tried to open my mind and heart to the needs of others. 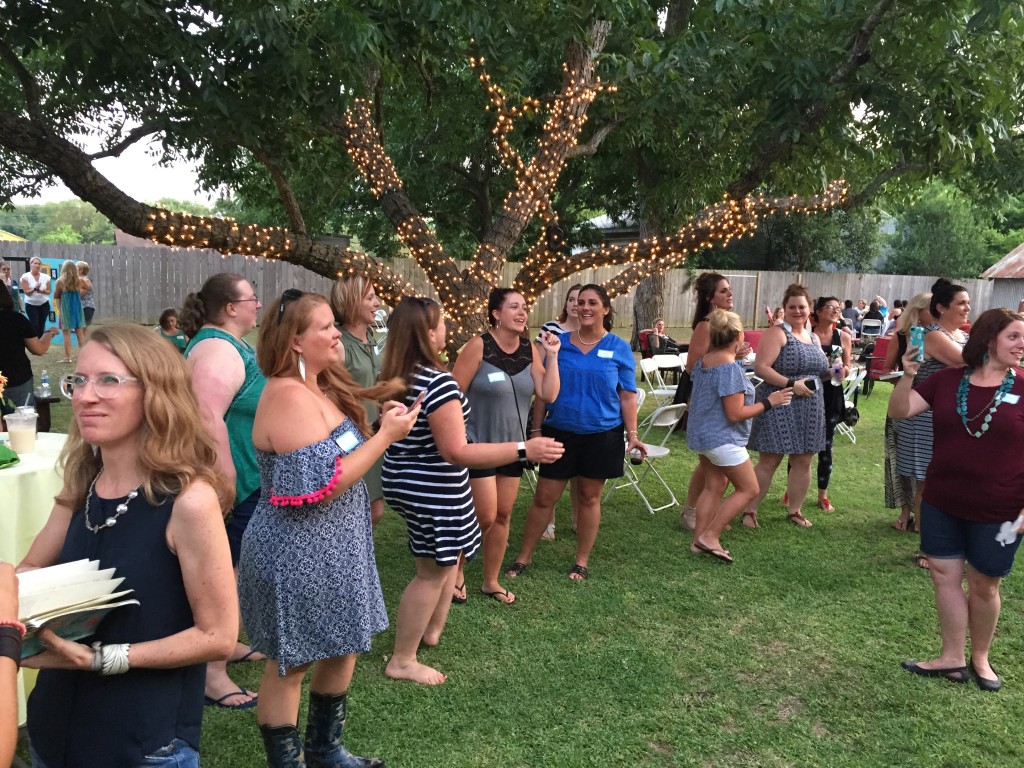 One hundred women sat on Jen’s lawn and laughed and cried at what she had to say about the group, the year she’s had, the process of birthing a book into the world, the people who have supported her in the process. I sat there and thought about all the women there, how diverse we all are yet how we somehow form a unified group.

This group contains women across the Christianity spectrum. There are liberals and conservatives. There are women deep in their faith and women plagued by doubt. There are single women, married women, divorced women, women coming out of abusive relationships, women in recovery and women who struggle with depression and anxiety. There are women who don’t know how they will pay their rent and women who helped pay for women to fly to Austin.

So many walks of life, personalities and beliefs were represented but that’s not the amazing thing. The amazing thing is the level of support and love shared amongst each and every one of them. Not just at the party but throughout the past two years. Despite our differences, we continue to show grace and acceptance.

Despite our different held beliefs on hot-button issues like abortion, gay marriage, and politics, conversations take place without harming each other or belittling each other’s opinions. Raw and honest conversations have taken place that ordinarily would end in anger or huffing off to a corner but somehow these women are able to see the other person’s differences and not hold it against them.

How does that even happen in today’s climate?

The only thing I can think of is respect, and acknowledgment.

Respect for each other and for God’s unconditional love. Not just God’s love for our own precious little heart but every heart in the room. Acknowledgment that each and every one of us is a child of God and acknowledgment that we all have differences but that it’s okay. We don’t all have to be the same.

There is a conscious understanding amongst each person in the group that while we may have differences, there is one thing we have in common and it trumps everything else…love for God and a desire to follow the example Jesus taught.

Years ago, at summer camp, I was taught the I’m Third way of living. It’s simple, God first, others second and yourself last. I’m not saying every person in the group if perfect and is knocking it out of the park every single day. Far from it. They are all regular people with regular lives and regular problems. But, for the most part, they get it. They are running the I’m Third marathon of life and trying their dangdest every bless-ed, difficult day. They are falling down, hauling themselves up, dusting themselves off, and reaching out to help others up and cheering them on along the way. They get that placing God first before your own desires solves the problem, every time.

I sat in that grass thinking about these women and our similarities and differences and was reminded of The Lord’s Prayer. The part that says Thy kingdom come, Thy will be done, on earth as it is in heaven. Sometimes I get this feeling that Christians are sitting around waiting for this life to be over. They can’t wait to get to heaven and put all this trouble behind them. But this line in the prayer tells me that God desire is for us to experience heaven here on earth.

Sometimes I get this feeling that Christians are sitting around waiting for this life to be over.

God’s kingdom, here on earth. The possibility is beautifully alarming and astounding.

The compassion, grace, love, and understanding I have witnessed in this group of women feels like a small glimpse of what he means by his will on earth as it is in heaven. We can have differences, profound ones, but continue to thrive as one body.

Why has this worked in this microcosm of the internet (and life) and is so hard everywhere else? Part of it, I think, is a having a CEO that leads with compassion and love. JHat’s rallying cry, from the get-go, has been to love God and love people. She leaves the judgment, sorting, and condemnation to the eternal and has no time for it in this short life. Her default setting is “all are welcome” and that attitude is contagious.

Don’t get me wrong, I’m not saying that Jen is perfect or does no wrong. She is a regular person, just like you and me. She makes mistakes, she yells at her kids, she does dumb stuff, and falls flat on her face. She should never be idolized. No person, leader, author, or celebrity should. They simply cannot live up to the expectations and impossible standards set upon them by the masses. When we place people on pedestals, they will eventually fall off and we will be disappointed. Pedestals are for Michelangelo’s David and all his naked glory. Not people.

But God blessed Jen Hatmaker with the gifts of leadership, to write with passion and conviction, and to love deeply. These gifts should be recognized and used accordingly. They should be utilized to the glory of God and to further his kingdom here on earth.

So, toward the end of the evening, I made my way up to her porch and hugged her and thanked her for being brave. I wanted to tell her that I was proud of her for upsetting the apple cart, for taking all the hits, for saying the things most of us are too scared to say. But all I could get out was thanks for being brave and then I said something dumb about how my husband advised me not to be a creeper and stalk her at her own home.

And that is the story of meeting Jen Hatmaker. It was everything I had hoped and more. The more being the realization that something truly special has happened in this group of 400 women. And if it can happen there, then what a beautiful future this earth can have. 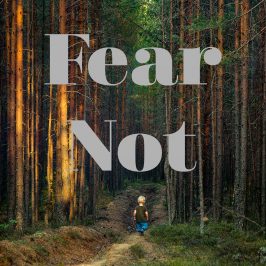 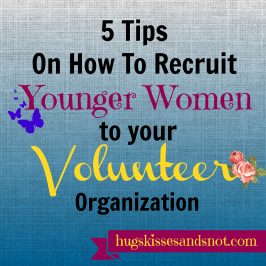 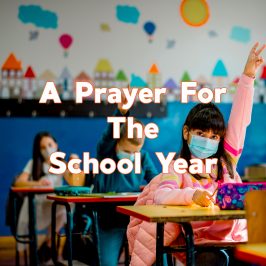 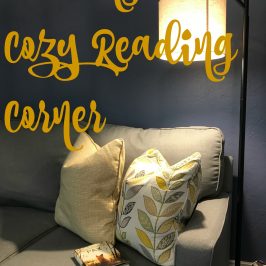 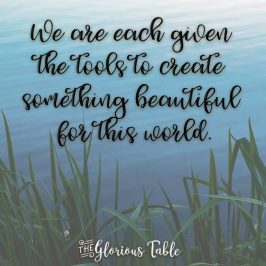 I’m back at The Glorious Table with week talking about dreams. Holding on to them,... 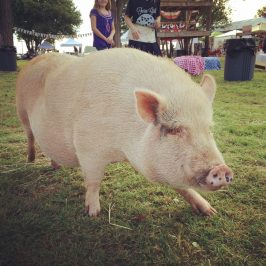 Not long ago I participated in the cutest craft fair ever. Farm Girl Fair was...