I recently read in the paper that the Oklahoma House of Representatives handily passed a bill that outlaws stem cell research in the state. This is not law yet as it has to pass through the Senate and the Governor. I’ll let you take a guess as to how that will end up.

The bill’s sponsor, Rep. George Faught, apparently read passages from the Bible in support of his bill before the vote. Wait a minute. I’m uncomfortable with that on a number of levels. First of all what happened to separation of church and state? Scripture shouldn’t be presented as evidence on a scientific matter. I completely understand that our Representatives will search their hearts when deciding how to vote. It’s human nature to do so but matters of the heart must be equally weighted with what our head and scientific evidence tells us. Secondly, if someone had read from any other holy book in support of a bill everybody would have been up in arms.

This bill would also make it a misdemeanor crime to conduct “destructive research” on a human embryo or to sell, receive or transfer a human embryo knowing it would be subject to research.  This means that fertility doctors would not be allowed to offer their patients the option of giving unused embryos for the use of science. The choices would be let the embryo expire on it’s own, to give or sell them to couples who can’t make their own embryos or to try and implant every last embryo to try and create a baby.

Let’s tackle the last option first: implant every last embryo to try and create a baby. When a couple uses IVF to have a baby multiple embryos are created. This is because not every single embryo created in the lab will be a viable embryo that will result in a successful pregnancy. This is why you hear about so many parents having twins and triplets. They implant more than one embryo into the mom’s uterus in hopes that at least one will take. Sometimes all of them develop and twins or triplets are the end result however, there is also a chance that none of the embryos will attach and begin developing into a fetus. When that happens (and it it’s common) then the couple has to start all over with the implantation process. If they have multiple embryos stored away the process is taxing (emotionally and financially) but not nearly as much as if they only had that one embryo to work with.

Let’s say a couple has a baby via IVF but now they have 2, 3 or 4 (maybe more) embryos that were not used. Should they try and implant those embryos and try to have more babies? They could end up being the Octomom and quite frankly I think that is extremely irresponsible both on the part of the parents and the doctor.

The second option: Give away the embryos to another couple. Some couples see a fertility specialist and discover that not only can they not have children the old fashioned way but they can’t even create an embryo in the lab. There are multiple reasons for this…one possible scenario being that either partner had cancer and the chemo destroyed their eggs/sperm. Instead of adopting they would rather receive embryos from successful couples and either try and have a successful pregnancy themselves or hire a surrogate. It’s difficult for me to wrap my head around the idea of either end of this equation and the reasons why someone would want to do that so I’m not going to go there.

Lastly, the first option: allow the unused embryos to expire naturally. This means that the embryos are taken out of their frozen storage, thawed out and if they are not implanted into a warm and cozy womb the cells will not continue to divide and it will stop developing. Then they are discarded. This option is used by many couples. Here is where I see a slippery slope when it comes to this legislation. If someone feels that it is unethical to “destroy” embryos for the sake of science then what is to stop them from thinking that allowing the embryo to expire naturally is also unethical? If life begins at conception, as Rep. Faught believes, then parents who allow their unused embryos to stop developing are not pro-life according to Mr. Faught. Is the next bill going to make it a crime to allow unused embryos to go unused?

That leaves one more thing to discuss for now. Does life begin at conception? Wow, that is a sticky subject and can (and has been and will be) debated until the end of time. Personally I believe there is only one who can answer that question and He is a mystery that our earthly selves will never fully comprehend.

Let me put this out there for the sake of argument…If life does begin at conception then neither a heartbeat nor a brain nor brain activity is needed to quantify human life. If that is indeed the case then what do we do with all the instances where a person is lying in the hospital and is brain dead? There is no brain activity and life support is needed to keep them alive. Many family members choose to “pull the plug” because it is what that person wanted them to do. Should it be made illegal to take someone off life support? They are still alive and still a person, a shell of the person they once were but still a living human being.

What is more valuable? Unused embryos or discovering a cure for cancer and debilitating diseases?

I sang at a funeral today.  Nobody I knew, just something I do every now...

During a close election, even the most well-mannered citizen can become a little insane.  That... 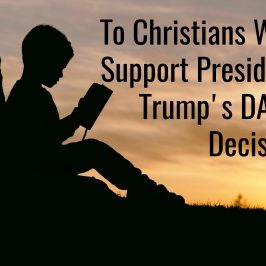 If you follow the news regularly, you may be getting whip lash. Hurrican Harvey, DACA,... 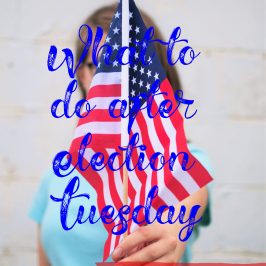 If you’re at all invested in the democratic process, the mid-term election cycle is a...

Three weeks ago I wrote about the Personhood bill making its way through Oklahoma and...