The concept of “screen time” is pretty new to me. How much time your kid spends playing video games, watching tv, playing on the computer, playing on the iPhone. I’m not the type of mom who is overly concerned about how much time Addison watches tv. He likes to relax on the couch and watch his favorite shows. It’s been like that for a long time. He also likes to search YouTube for marble runs and domino runs. It’s never been a concern because for all that tv and computer time he as just as much or more regular play. He is extremely creative and finds inspiration on YouTube for the elaborate marble/domino runs he likes to build.

All awesome games. I’ll admit we have all gotten into them. (except for Super Mario Galaxy. It makes me a little dizzy and Dear Husband says he may have gotten a little motion sickness.)

He could play for eight hours straight if I didn’t stop him. He gets home from school around 3:00. Dinner is around 6:00 and bed is at 8:00. If he played during all the free time I would never see him and that makes me sad.

This picture is one of those marathon days. The boys spent New Year’s Day in bed playing Wii.

The other night at dinner Dear Husband came up with a brilliant plan. It was born from the frustration we have at dinner time trying to get Addison to eat. He has always been a picky eater and every evening meal is spent coaxing him to choke down the delicious and nutritious meal I have slaved over.

This is it: If Addison cleans his plate then he has earned 2 hours of screen time for the next day. If he only eats half his meal he only gets one hours. If he just takes a few bites then just 15 minutes. You get the picture. This plan puts all the power and responsibility on him.

I’m happy to announce that the first two days have been a success. The first dinner Addison ate 1 hour and 20 minutes worth of chicken pot pie. Last night he proudly ate 2 hours worth of spaghetti with meat sauce (hidden veggies). I was wondering if he was going to get any screen time at all as he groaned and rolled around on the floor because he hated meat sauce. Turns out he likes it…with parm. Huh. I was right. Who knew.

Harry on the other hand devoured about 4 or 5 hours worth.

Harry and I have been attending Scissortail School of Art for his weekly dose of... 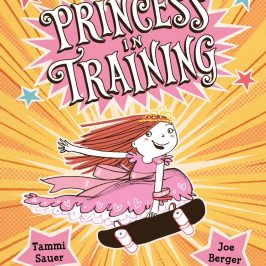 I’m back on Oklahoma LIVE this month with some of my favorite children’s authors.  I...

This past year I have become obsessed with cutting out box tops. If you’re the...

On the eve of Advent our elf made his annual appearance.  But not before I...

I’m constantly on the look out for fun activities for the kiddos in our area....

Here is a very short list of some of my favorite children’s books. I’m leaving...