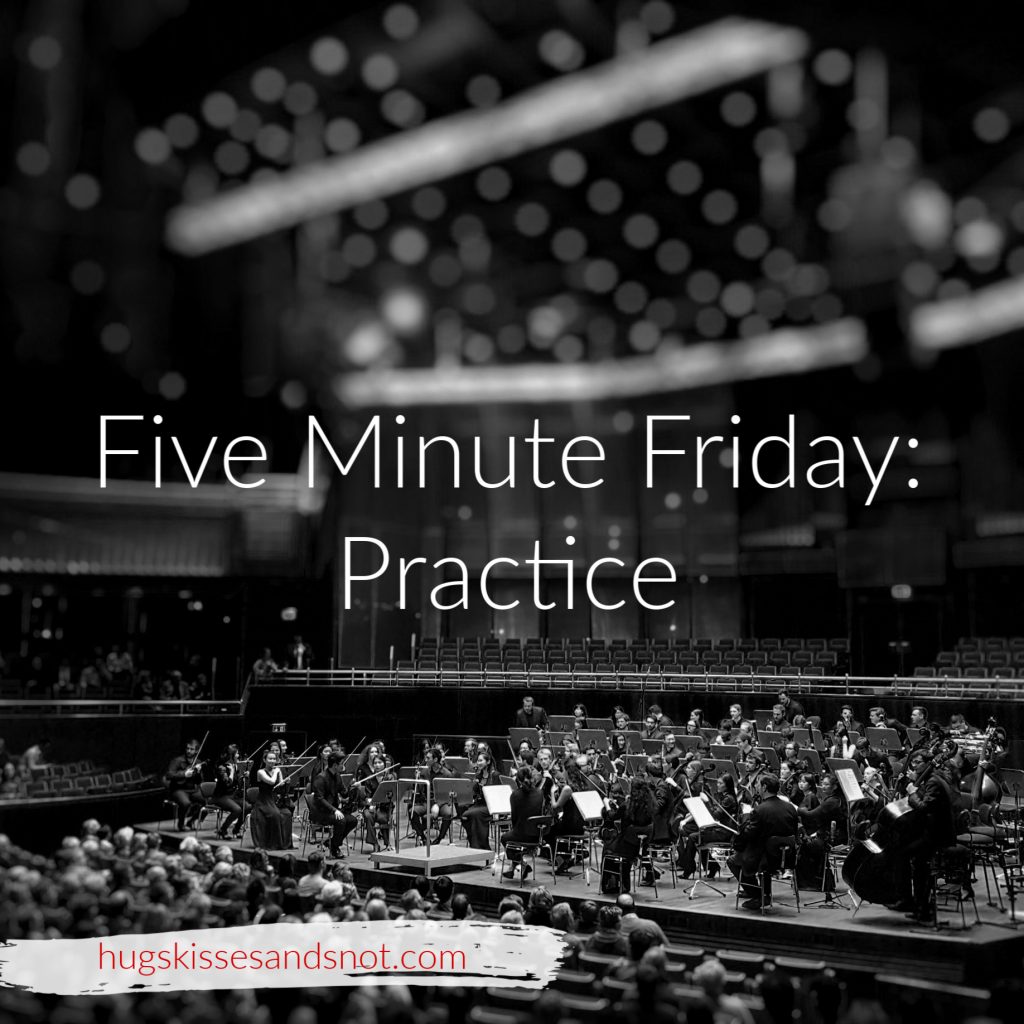 I have a few minutes to spare before I head out the door. Rather than scroll social media, I feel like a better use of my time is doing a little Five Minute Friday exercise. This week’s writing prompt is Practice. You know what they say: practice makes perfect. So here we go.

Five minutes are on the clock…go!

Last night was Addison’s last middle school band concert. He had a small flute solo (duet, but let’s just call it a solo cuz I’m a proud mom) during one of the songs. He did so great! At the risk of sounding like a baggy mom his tone was really clear, his pitch on point and just all around awesome.

I often tell him that he is really good but that he could be really great if he would just practice. I try to set down practicing rules but he never follows them and I don’t harp on him enough to make it happen. He is so gifted musically but he lacks the motivation to improve on the gift he has been given.

I understand this. When you are gifted at something it’s hard to practice. I was the same way in college. I was a gifted singer but I could have been much better. I practiced but only the bare minimum. Natural talent will only take you so far.

But how to you get a 14-year-old to understand that? If you don’t have a motivated or driven personality, how do you convince yourself to practice something that you’re already pretty good at? Why work harder when you are already getting by with ease?

My five minutes are up but I have just a few more thoughts that need to be flushed out.

High school band starts this summer. Daily practice at home is required (something that was not required in middle school) and I fear that the level of expectations required from the students is going to be a rude awakening for our household. In addition to home practice, practice in the classroom and on the field will be much more rigorous than middle school. Admittedly, I’m a little worried at the transition but eager to push Addison to be a better musician.

However, on the opposite end of the spectrum there are kids who practice way too much. Addison’s cousin is in high school band in Texas. Texans can just do anything at a normal level…they always have to make everything bigger, spend more money, use more resources, push harder, win more. Nobody loves the smell of their own shit more than Texans.

When I learned about the practice schedule and expectations of the high school band I was dumbfounded. Then I heard about their (public school) band budget and what parents are expected to pay and how much money the band booster club raises. The word intense is putting it mildly.

Where is the middle ground?

One one hand you have my kid who is skating by on his natural talent but will run into a brick wall once he gets to high school where kids with just as much talent are actually practicing. Then you have kids who practice so much year round that there isn’t time to go on a vacation with their family. Kids who are burnt out before they get to college. And if they do decide to pursue music in college, they will blow my kid out of the water. (and rightly so)

Where is the happy medium? When can we do something just for the joy of doing it? How do we practice and become really good at something without beating it to death in the process?

Obviously, those are all rhetorical questions that will hopefully be made clear along the journey.