I don’t know why it took me so long to pick up this book, but I’m so glad I finally did.

The Poisonwood Bible by Barbara Kingsolver is the story of a Baptist missionary family who travels to the Congo to convert the Congolese people.  They start off with the best Christian intentions but we soon discover that the women in the family are not quite as enthused at the prospect of saving souls at the cost of contracting malaria.  Rather, it is the father, Nathan Price, who is hell bent on saving the people of the village they have landed in.  His wife and four daughters are along for the ride, playing the part of devoted wife and children, having no idea how the Congo would change their lives forever.  Everything they believe in is tested and slowly deteriorates as they realize that simply occupying a place and people and won’t produce the results they expected.

The story is told, first person, from the point of view of each of the women in the story.  Each chapter is told as either the mother, Orleanna Price, or one of the 4 daughters.  I was amazed at how the author was able to produce such different styles of writing and complex characters.  It wasn’t until about half way through the book that I realized that Nathan’s story is only told from the point of view of his wife and daughters.  He never get’s his own narrative.  It is the story of survival of these women and country as a man and men oppress and dominate them.  Each woman experiences the oppression differently and each have a unique view from the other side of their tragic story.  It is also the story of the Congo and its Belgian occupation and then it’s “liberation” by the Americans.  Neither of which actually had the best interest of the Congolese people as a top priority.

“To resist occupation, whether you’re a nation or merely a woman, you must understand the language of your enemy.  Conquest and liberation and democracy and divorce are words that mean squat, basically, when you have hungry children and clothes to get out on the line and it looks like rain.”

This is one of those books where I dog-eared pages and underlined passages that I found profound.  The following passage spoke deeply to me late one night.  It is the poetry of motherhood.  The love and emotions that come with it are so strong, complex and confusing that sometimes only poetry like this will scratch the surface of what it means to love a child.  Orleanna Price, mother of 4 girls, scrapes her way through the Congo and an abusive husband.

A mother’s body remembers her babies – the folds of soft flesh, the softly furred scalp against her nose.  Each child has its own entreaties to body and soul.  It’s the last one, though, that overtakes you.  I can’t dare say I loved the others less, but my first three were all babies at  once and motherhood dismayed me entirely.  The twins came just as Rachel was learning to walk.  What came next I hardly remember, whole years when I battled through every single day of grasping hands and mouths until I could fall into bed for a few short hours and dream of being eaten alive in small pieces.  I counted to one hundred as I rocked, contriving the patience to get one down in order to take up another.  One mouth closed on a spoon meant two crying empty, feathers flying, so I dashed back and forth like a mother bird flouting nature’s maw with a brood too large.  I couldn’t count on survival until all three of them could stand alone.  Together they were my first issue.  I took one deep breath for every step they took away from me.  That’s how it is with the firstborn, no matter what kind of mother you are – rich, poor, frazzled half to death or sweetly content.  A first child is your own best foot forward, and how you do cheer those little feet as they strike out.  You examine every turn of flesh for precocity, and crow it to the world.

But the last one: the baby who trails her scent like a flag of surrender through your life when  there will be no more coming after – oh, that’s love by a different name.  She is the babe you hold in your arms for an hour after she’s gone to sleep.  If you put her down in the crib, she might wake up changed and fly away.  So instead you rock by the window, drinking the light from her skin, breathing her exhaled dreams.  Your heart bays to the double crescent moons of closed lashes on her cheeks.  She’s the one you can’t put down.

So beautiful, I get chills reading it again.

I don’t know what it’s like to have two babies at the same time but I’ve heard my friend of twins use the phrase “we were in survival mode.”  Mothers of multiple small children have that look in their eye.  The look that says, just one more hour.  And when that hour is up they look at the clock and count down until the next hour is over.  Days are broken up into tiny increments because anything more than that is out of the question.  Years pass and they are finally able to come up for air and live life at days and weeks at a time instead of moment to moment.  They are finally able to step back and see the joy in their burden.

Mothers of young children, you know what I’m talking about here.  You worry and stress over your first born.  When will they walk?  When will they talk?  Why aren’t they out of diapers yet?  Will they be okay at school on their own?  Should I sign them up for soccer or gymnastics or both?  Will they make friends?  Are we working on homework enough?  Is he at his grade level in reading?  Maybe he should be reading a grade higher.  Maybe we need to go over those spelling words again.  Like a mother bird you push them out of the nest, certain that they need to be surpassing the infancy and childhood bench marks in order to be a success in life.

Then your second or third comes along and you wonder why in the world you were so eager to get them walking.  You realize that as soon as they take that first step they are walking away from you and won’t stop.  Maybe I’m looking at motherhood through rose-colored glasses because my second has been so easy.  When raising a child doesn’t feel like a civil war it’s easier to sit back and let it all happen.  It’s easier to surrender the little battles because tiny hugs and kisses are numbered and each inquisitive question is hidden in your heart like gold in a treasure chest.

There are so many relationships explored in The Poisonwood Bible.  Relationships between sisters, mothers and daughters, abusive husband and father with his family, the abuse of a country and it’s people.  There are so many connections there is no way I would be able to list or explore them all here.  Each day I pick up the book there is a new, heartbreaking relationship to deconstruct.  This particular day it was motherhood but tomorrow it could be political regimes.

Just take my word for it, this is one of those books that you will want to pick right back us the minute you finish it. 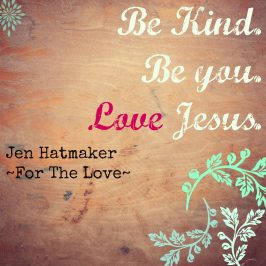 In case you hadn’t heard Jen Hatmaker’s new book,For the Love: Fighting for Grace in... 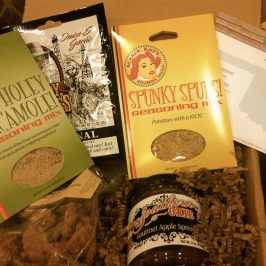 I don’t know about the folks in your state but Oklahomans are super proud of... 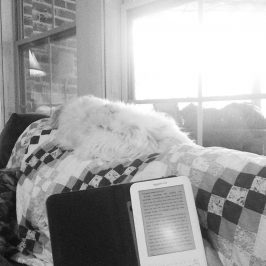 This week has been a rainy one in Oklahoma.  I love this kind of weather...

Disclaimer: I received an advance copy of the book in exchange for an honest review....