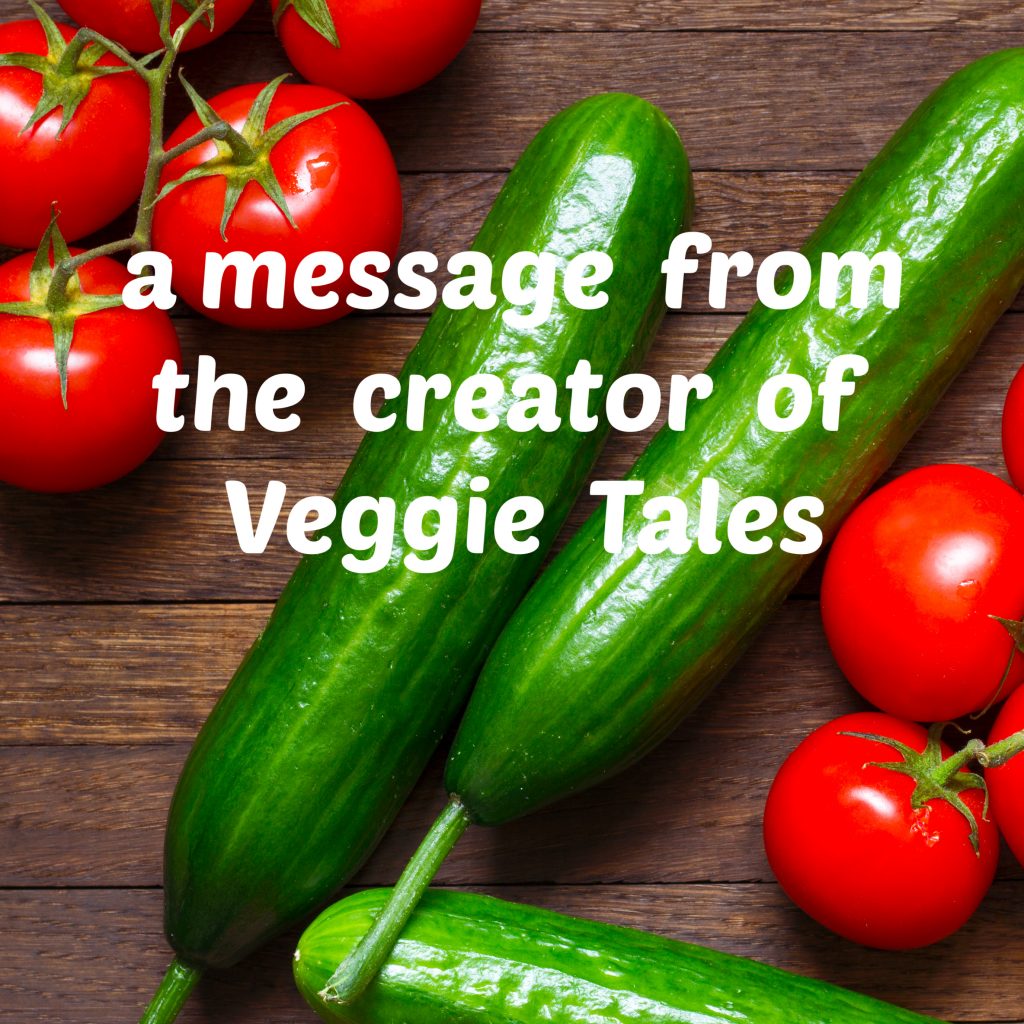 I’m going to go out on a limb and say that the majority of my readers are white women who would label themselves as Christian. There may be some white men out there who read my ramblings as well and I appreciate their readership. So, I feel confident that when I say Veggie Tales, all of you know exactly what that is and are probably humming the theme song in your head accompanied by images of those darling anthropomorphic vegetables. Learning about Noah, the birth of Jesus, and Moses is more fun in when presented as a musical staring a cucumber.

That is why I appreciate the creator of Veggie Tales taking time to teach the adults something about racial injustice. As much as I would hope that white Christians are turning to their black brothers and sisters to figure out why our nation seems to be burning down to the ground, I must admit that most white Christians will relate to a white man and tune in to what he has to say. It is what it is.

Phil shares some really great info but his call to action at the end of the video was lacking. His call to action is the tiniest of baby steps in a marathon that needs all of us running like our lives depend on it. Because the truth is, lives do depend on it. If a hard heart is softened or a closed mind is opened by this video then perhaps that is encouraging start. But that’s not enough. Softened hearts and opened minds need to be pushed into action.

If you’re ready to move into action, check out organizations like Freedom Road and Be The Bridge.

Until a critical mass of American’s recognize and admit that racial bias and racial injustice has continued to be a part of the fabric of America, change can’t take place. Reconciliation and healing can’t happen until we ask for forgiveness for our past and present sins. Unfortunately, I don’t think we have reached that critical mass yet. However, the actions of the past few weeks give evidence that we are waking up.

I have grown up knowing that there is racial injustice in our country and even in my little childhood community. it was evidenced all around me but it never effected me. The struggle and suffering was clear but so far removed from my reality that my reaction has been one of pity, shock, and sadness but I didn’t know where to go from there. The narrative I learned was always: if they could just work hard enough, play by the rules, pull themselves up by their bootstraps, etc. then equality would be a reality. Conversely, I also grew up in an environment of compassion and altruism for those less fortunate. These two ways of thinking make strange bedfellows and probably informed my own belief system and moral compass.

I have spent my adult life being a “helper” but issues of racial injustice have always been on the periphery because 1) my white privilege keeps me protected from truly experiencing it and 2) because of number one, I could never truly understand it.

During the recent protests, a woman shed light on the experience of racial injustice that a dum dum like myself could understand: Monopoly economics.

This game sucks. The rules are purposefully created to keep you from winning or even coming close. You hate this game and get more and more frustrated and angry but the other players don’t know why you’re so angry. Just be happy with what you have, they keep telling you. All of this is done in the name of some twisted form of Christianity.

Now imagine that this isn’t a game, it is reality.


Today’s outfit is brought to you by; I’m-fine-

16 years has slipped through my fingers.

You’re probably wondering what it is. Don’t as

Today’s outfit is brought to you by; I’m-sick-