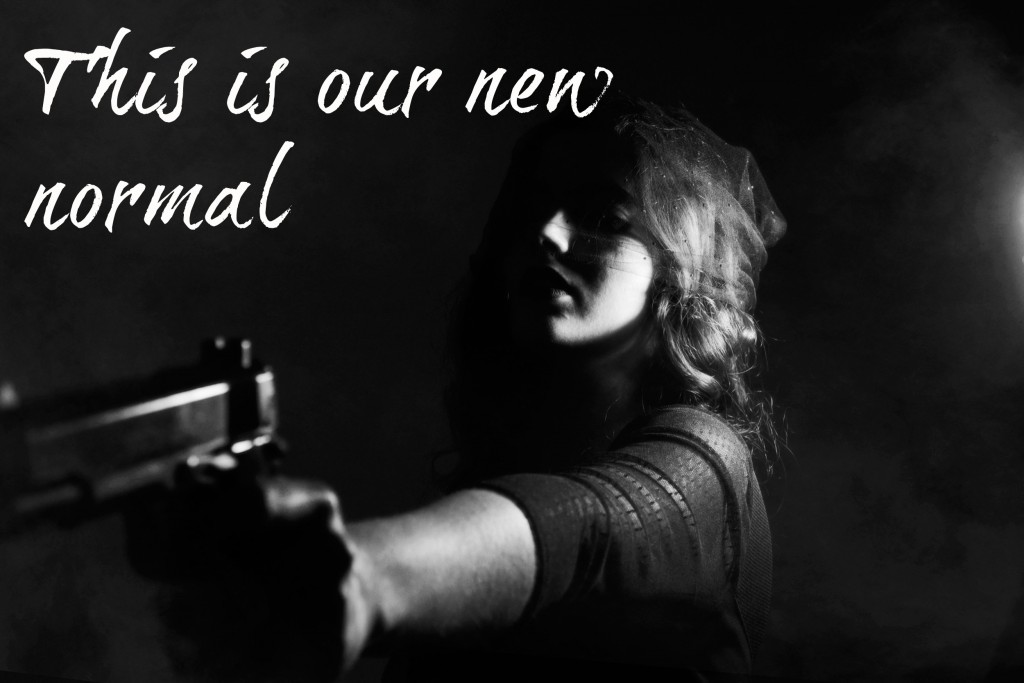 I refused to believe that this type of violence was normal for our society but I was wrong. I realized that I have been living with rose colored glasses on when it comes to gun violence in our country. This week I woke up and realized that this is our new normal.

This is our new normal because “active shooter” drills in schools are on the list of things to do along with fire drills and tornado drills.

This is our new normal because since 2013 there have been 290 school shootings.

This is our new normal because in the first 45 days of this year there have been 18 school shootings, just under half of them resulting in injury or death.

This is our new normal because the best anyone can do in response to these deaths are thoughts and prayers.

This is our new normal because despite public opinion regarding gun safety, politicians refuse to make any real change regarding common sense gun reform.

This is our new normal because the NRA has been in the pockets of our law makers and have used them as their whores for decades.

This is our new normal because my community has the same chance as any other community of being next.

Gun violence in the United States is normal.

It is time to live outside of the norm.

I am sick to death of speeches and debates. Anyone who offers condolences while simultaneously supporting cuts to mental health programs is a loud gong and clanging cymbal. The time for talking is over. It is time to live outside of the norm.

Talk is cheap. You know what is not cheap? Human lives.

If you are concerned about students that are on the fringes of their peer groups, students who don’t have positive role models, students who could be considered outcasts; contact your local chapter of Big Brothers Big Sisters, the school counselor at your nearest school, the local chapter of the Boys & Girls Club and find out how you can make a positive impact in a child’s life. Support Boy Scouts or Girls Scouts and find out how to sponsor a child. Opportunities to make a difference in a child’s life are around every corner.

If you are outraged at the rate of gun violence in America, educate yourself. Find out the facts about gun violence, gun safety, what our laws actually are. Get involved and support organizations that are fighting for common sense gun reform.

If you are a gun owner, be a smart, safe, and responsible owner and demand the same from your peers.

Gun violence in the United States is normal, I refuse to be normal.