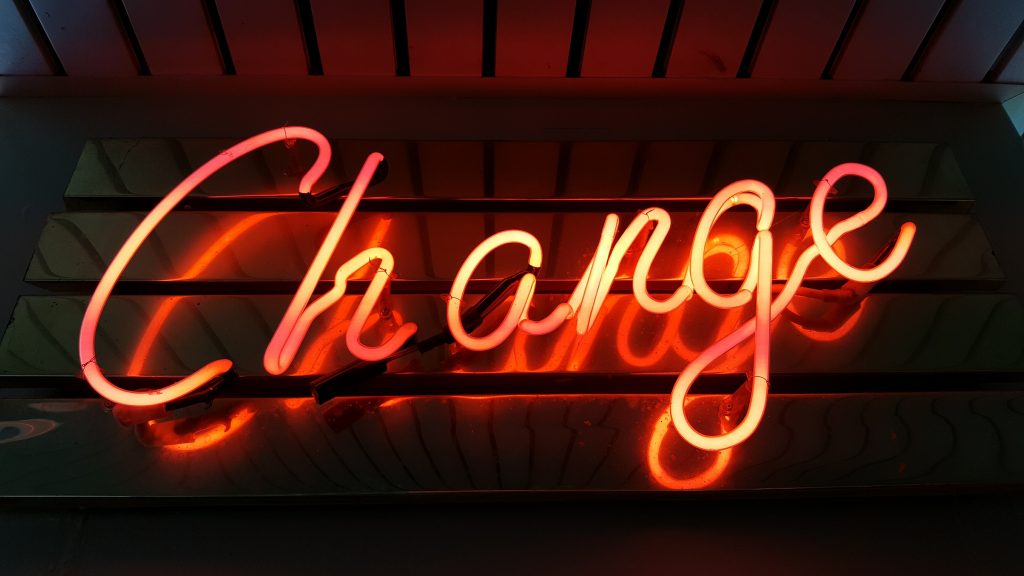 It is the first week of June and we are 100% into summer vacation mode in our house. You would think that being immersed in summer break would mean a time of sitting back and relaxing Country Time Lemonade commercial style. On the contrary, I’m still reeling from the season of change our family has been experiencing.

For the past two years Adam has been working toward earning his MBA. Twice a week he would attend evening classes but it didn’t just stop there. Study groups or solitary study time filled his weekends. On top of the long hours he puts into his regular job at the University he has been burning the candle at both ends. When he first started the program he developed shingles as a result of the added stress on his life. I think the shingles episode was life’s way of saying Buckle up buttercup because this only the beginning. I’ve got a whole shit-show in store for you. 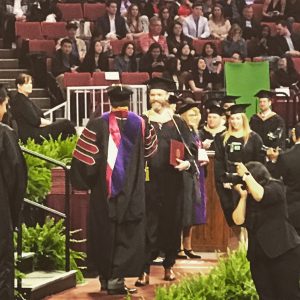 Last month Adam (sort of) graduated. I say ‘sort of’ because he participated in the graduation ceremony and received his hood but he still has one more class to take this summer.

Just as we were celebrating Adam’s achievement, the last two weeks of school bore down on us. Field trips, class parties, school projects, tests that may or may not have been studied for, last minute projects, and grades that I may or may not have pulled my hair out over all seemed to happen at once. Seeing the end of this school year came with great relief but little fanfare as Addison quietly exited middle school. If he felt glad or sad about this mile stone, we’ll never know. He is a man of few words and while other middle school families seemed to be attending award ceremonies (than you Facebook for keeping me updated) we tried not to let the door hit us on the ass on the way out.

In the midst of the end of the school year hubbub, Adam left for a two week trip to Asia. Two weeks in Beijing, Seoul, and Tokyo with the University study-abroad MBA program was a trip of a lifetime that he couldn’t pass up. Meanwhile, I held down the fort single-parent style and checked off the days until his return.

To top it all off I have been wrapping up my term as President of Assistance League. May was a whirlwind of award luncheons, transition meetings, end of year reports and wrap ups. I have loved leading this group of women who do so much for our community and have a new found appreciation for people who organize volunteers. There is a big difference between being the boss of employees who have to do their job because their job depends on it and finessing volunteers to do a job for free when they could walk away from it at the drop of a hat.

Looking back on the gauntlet of activities I feel like Atreyu from The NeverEnding Story as he attempts to pass through the Sphinx Gate. All he has to do is have enough confidence to pass between the sphinx standing guard. But as soon as he second guesses his ability, those busty ladies are ready to turn him into bar-b-que with their lazer eyes. Like Atreyu, I strutted into May with confidence. Then those creepy sphinx eyes started to crack open and they prepared to pummel me with an over-scheduled calendar, a partner who was dealing with his own stress and responsibilities, volunteers who still needed me to be confident even though I was worn out, kids who needed me to be a rock that they could crash up against over and over. In the end I had to fling myself across the finish line into summer vacation.

I’m not recounting all of this to martyr-brag how busy my life is…although upon reflection it can feel like I’m doing the thing when you ask someone how they are doing and their response is Oh my gosh, I’m sooooooo busy. I get it. We’re all busy. It’s a choice we make.

Rather, I want to share a bit of hope for anyone else who is finding themselves passing through a season of change. Perhaps you’re exhausted and barely crawling across the finish line. Perhaps you see those sphinx eyes opening up and you’re not sure if you’re going to be blasted to kingdom come. There is hope because it will not always be a race. There will always be change but change may mean leaving the busy season behind and choosing to slow down.

Or perhaps passing through a season of change means exchanging one type of busy for another. At our house we are letting go of middle school only to embrace high school band life. That’s the choice we are making and it’s a part of this season of change. I can either resist or embrace it. I would like to say that the transition is easy but it’s not because quite honestly, change is hardly ever easy. We’re all still sprinting through the sphinx gauntlet, hoping that our lack of confidence won’t be detected.

As I try to relax into summer I have to keep reminding myself; I made it…we made it. This season of change is wrapping up and it’s okay to take a breather.


On the first day is Christmas my true love gave to

Christ the babe was born for you.

Today’s outfit is brought to you by; I’ll-wear

Today’s outfit is brought to you by; treat-yours

What’s on your Thanksgiving menu? Ours is a bit

This pb&j “pancake” made a fun weekend treat t