Pretty cute, huh? What you don’t see is the mommy behind the camera who is slowly coming unhinged.

Not only were the terrible two’s rearing their ugly head early in our house but my work situation seemed to be in constant flux. When I had Addison I was the Activity Director at an Assisted Living community in Santa Monica, CA. The work had the tendency to be stressful, long hours if you weren’t careful and the company had ridiculously high expectations for ridiculously low wages. Despite all that I loved what I did. For the first time I felt like I was using my employment to serve others and make a difference in their lives. I liked the old people that lived there and they liked me, I was good at what I did.

After maternity leave I decided to work part time in order to keep the benefits and the connection. It wasn’t long before the company opened another facility mere minutes from our house as opposed to the hour commute down the 405 to Santa Monica. I found a way to make them believe they couldn’t live without me and transferred to the new location. It was still only part time and I had to take a pay cut but it was worth being so close to home. As with any good employee that you want to take advantage of, it wasn’t long before my boss gave me more responsibility and expected more hours. I tried to make it work and this is where day care came into play.

Up until then Addison stayed with a nanny two days a week. Oh my gosh was she wonderful. Leticia came to our house, Addison loved her and my laundry was clean and ironed on the days she was there. Who could ask for anything more?! Now that I had to work more we had to have her come more than two days a week and it was starting to add up.  Day care in Los Angeles is a absurd situation. Let me clarify…any day care that is highly sought after, in an desirable part of town is an absurd situation. If you don’t put your child on a waiting list while they are in utero then you are not getting in. I’m really not kidding about this. Here we were looking at these fabulous places, putting down deposits, asking if they had any openings and getting a stifled laugh and a gentle pat on the head as if to say “you poor, ignorant, first time parents from some hick state. Why don’t you go ahead and sign up your next child because this one doesn’t stand a chance”. They would have an opening in two years, maybe a year and a half. The next best thing is finding an in-home day care. We interviewed, we visited, we agonized and finally settled on one that was on my way to work. Guess what…it didn’t work out. After two days Addison was kicked out. He literally cried the entire time he was there. She claims she had never had a child act like that before and it was disrupting the other children and she just couldn’t have it. Whatever lady.

This all culminated with my employer telling me that I either needed to work full time or not at all. I chose the “not at all” option. It was an agonizing decision but we knew that putting Addison in day care full time was not in the cards. Losing an entire paycheck was a low blow but we would find a way to make it work. We did make it work but it wasn’t the finances that took the biggest hit, it was my sanity.

After months of stay-at-home isolation I found a mom’s group called MOPs (mother’s of preschoolers). It didn’t matter if my child wasn’t even close to preschool, I was going to spend some time with other adults no matter what. If meeting these women meant I could sit down for one hour while someone looked after my kid then sign me up. The first time I went to a meeting I remember listening to their stories and thinking “I’m not crazy”. Dear Husband and I started attending a church close by. I would like to say we sought out this church to nurture our starving souls but we went there because it was one free hour where someone else was watching our child. It was through this church that I finally found another mom that I actually liked, had things in common with and wanted to hang out with. Our first “playdate” together with our boys was like the first date of a budding romance. I couldn’t wait to see her again and hang out. I wasn’t alone anymore! Sure, I had Dear Husband but he was at work all day. Jenn was fun, unpretentious (which is hard to find in LA), only a few minutes drive away and had a little boy just a year younger than Addison. We were prefect for each other.

I had no idea how difficult it would be to stay at home all day with a deranged toddler. Recently I looked through my journal from this time and was reminded what a WRECK I was. I didn’t really know any other moms (beside my new girlfriend Jenn) and felt isolated from the rest of the world. I felt like a prisoner in my own home. I absolutely could not stay in the house all day with just the two of us so we walked. Thankfully we lived one block south of Venture Blvd. We were within walking distance of three grocery stores, shops, restaurants, coffee shops. You name it we could walk to it and that is just what we did. Man, I strolled the heck out of that stroller. We went to the park if not every day than every other day. We had a membership to the zoo, Gymboree and various indoor playgrounds. Being at home alone meant I had to listen to the humming and the crying and the tantrums and I just couldn’t take it.

Oh, the tantrums…these weren’t your typical run of the mill tantrums. These were marathon tantrums that came out of nowhere. I kept thinking that this is what kids do and he was going to grow out of it. I probably had a nervous twitch and a crazed look in my eye as I muttered my mantra: “this too shall pass”. Dear Husband finally put an end to my desperate attempt at “this is normal behavior” and made an appointment with our pediatrician.

Many more tantrums to come on Reflections on Addison – Part 3

These boys are too cute.  How could I not post these pics?  Joy fills my...

Impromptu visit to the Sam Noble Museum of Natural History

There was a time in our lives when Dear Husband and I enjoyed camping.  We... 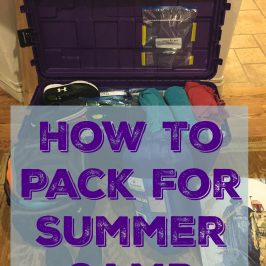 The second week of June we sent Addison off to summer camp in Texas. He...

Here is a very short list of some of my favorite children’s books. I’m leaving...


Something tells me I have a thing for this shade o