This month I was able to wrap up the first of two major events that I was/am in charge of.  Our elementary school jog-a-thon took place at the beginning of this month with the awards ceremony being two weeks later.  Among the prizes was the reward of sliming the Principals if our school raised a certain amount of money.  This was a fabulous prize because 1) it was so much fun to watch the Principals reaction 2) the kids went wild over it and 3) it was the cheapest of all the prizes.  All this cost me was a package of Xanthan Gum from the grocery store and food coloring.  Xanthan Gum, water and food coloring.  That’s all it takes to make a bucket full of super slimy slime.  Yes, it made a big mess but it was worth it. 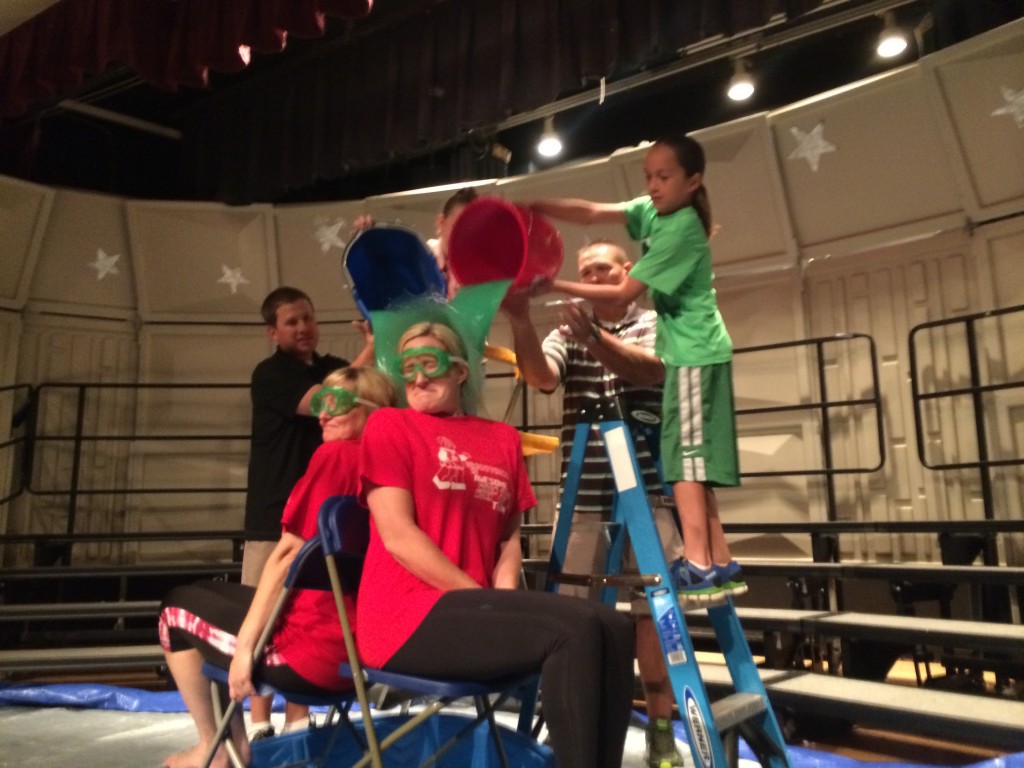 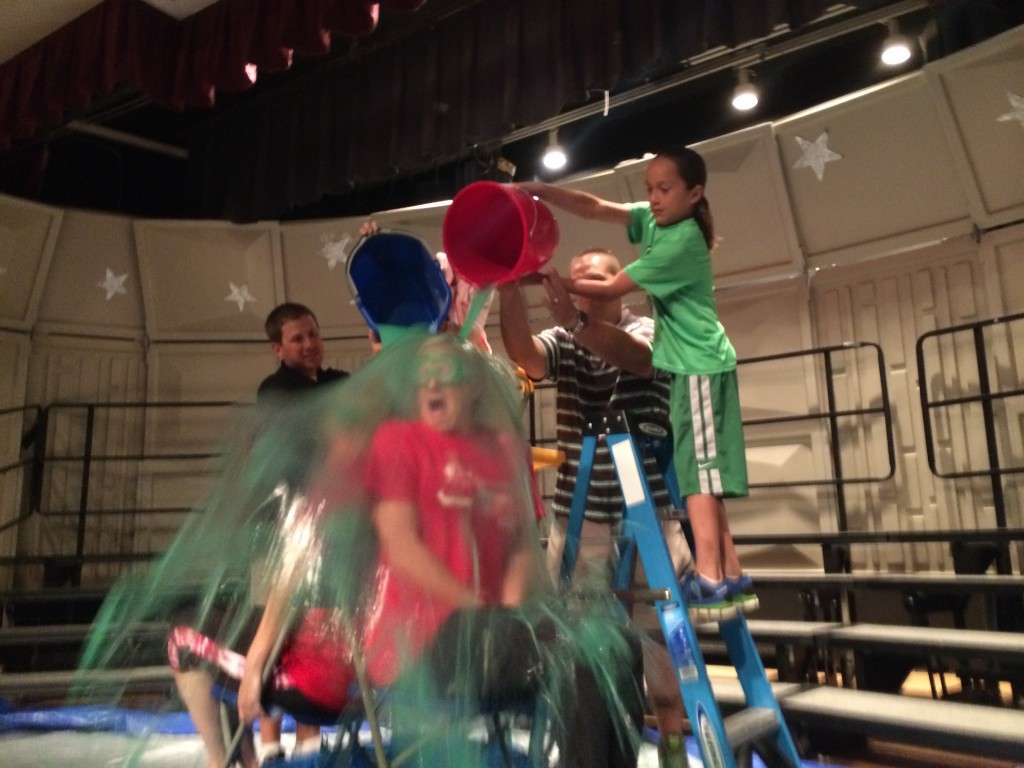 In my search for super slimy slime I ran across a fun website that had a fun recipe for bubbling slime.  Harry and I tested that recipe out and had a lot of fun with it.  This recipe is much more simple but just as much fun.  Xanthan Gum and water make a very slimy slime mixture with the constancy of mucus.  Perfect. Yes, it made a big mess but the clean up wasn’t as bad as you would think because the more water you add the thinner and thinner the mixture becomes until it just washes away.

Now that I have two jog-a-thons under my belt I feel like I could write a short book on how to run a successful jog-a-thon.  Until then I’m recruiting my replacement.  Any takers?