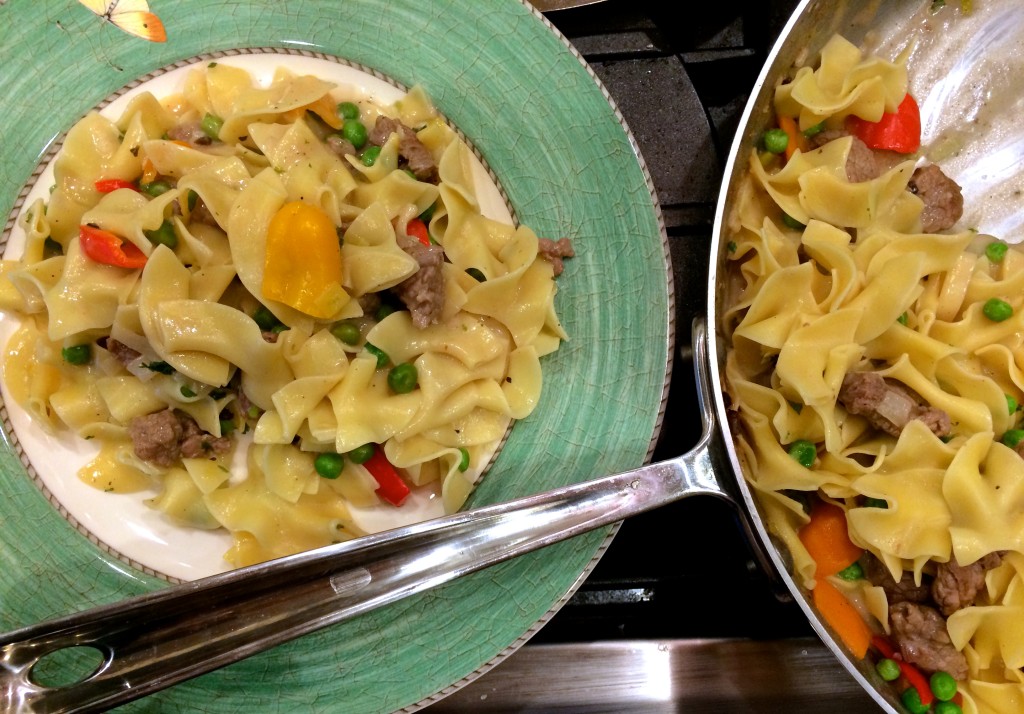 You know those little packets from Lawry’s or McCormick’s that help you create a meal?  You know what I’m talking about…they are in the soup aisle…dried pesto mix, pasta sauce mix, slow cooker mix.  I’m not ashamed to admit it…I use them.  Go on, you can admit it too.  This is a safe place.

Recently I decided I wanted to make Beef Stroganoff but I wanted a serious short cut.  To the soup aisle I went.  Meat, sour cream and powder mix.  Ta da!  But I wanted something a little more fancy but just as easy.  Leeks.  Leeks are the onion’s fancy cousin.  They think they are so much better than the rest of the onion family, with their fancy green tops that have no other use than just to look pretty.  I’m on to you leeks and you’re not too good for my McCormick mix beef stroganoff.  What other produce thinks they are hot stuff?  Sweet peppers.  They are small and cute and come in their own little bag.  Guess what sweet peppers?  You’re going in my concoction too because compared to your over priced half-sister, red pepper, I get way more bang for my buck.  And just because I want to make them feel special; frozen peas.

All of this combined together made for a very fancy yet very easy beef stroganoff. 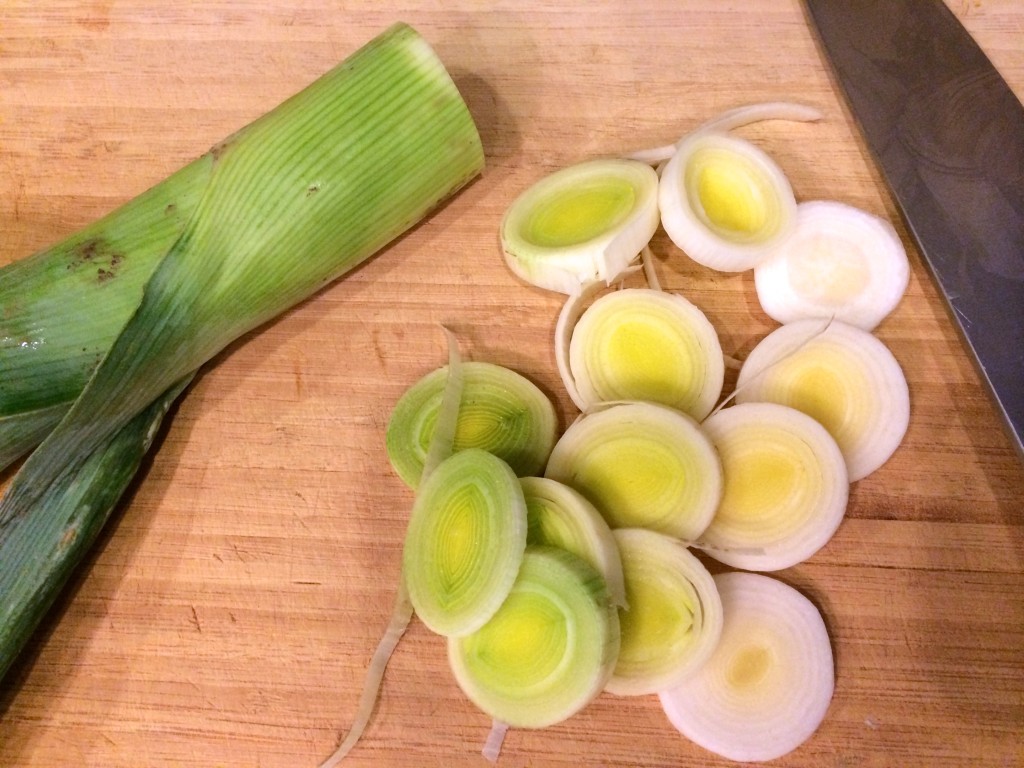 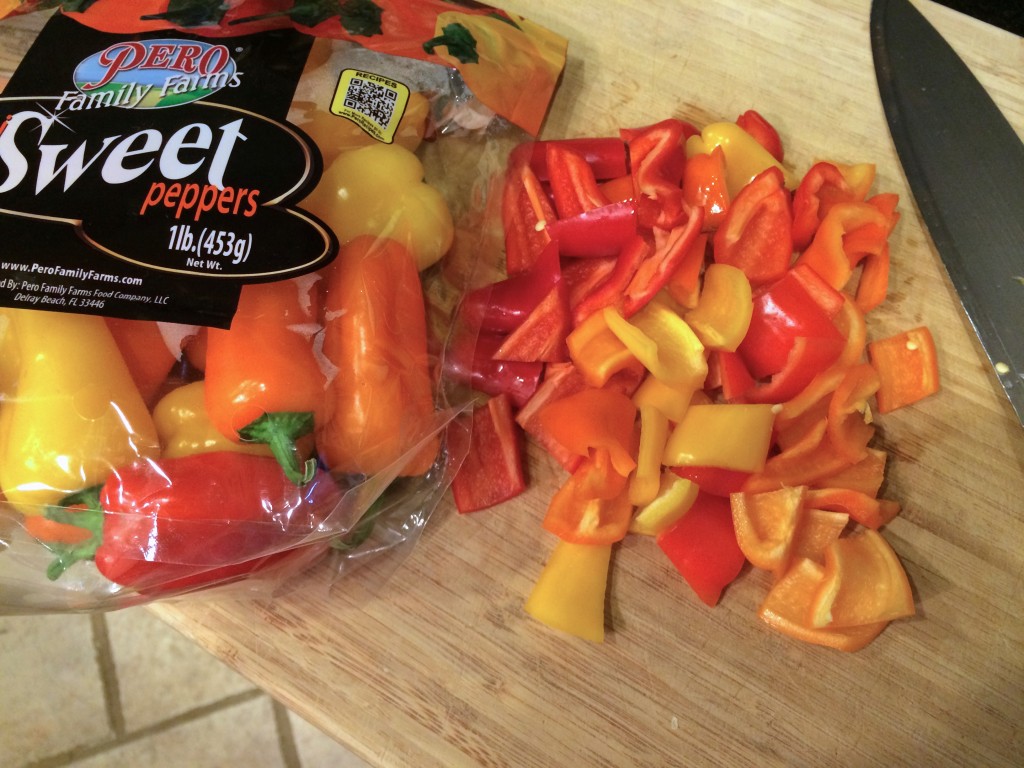