Before we get started…if you’re a vegan and/or vegetarian then the following may make you a little nauseous. You may want to cover your eyes or pop on over to the best pie ever. Pie always makes everything better. The rest of you are in for a treat.

At my last Girl’s Night In get-together we covered a lot of topics one of which being bacon. This discussion led us to the idea that the following month’s get-together should be bacon themed. It’s already been a month and here you go…

I brought bacon topped with a pretzel and a rolo.

Next time (if there is a next time) I’m going to change the stacking order to bacon, rolo, pretzel.

For you’re viewing pleasure, here’s the other bacon-y goodness at our bacon party…

Stuffed jalapeno, wrapped in bacon and grilled. I think I ate three they were so amazing.

Pecan pralines with bacon crumbles. So sweet with just a hint of salty bacon crunch. So good. I think the broccoli and carrots where there just to clear everybody’s conscious a little bit.

This is a P-Dub recipe. Club cracker sprinkled with Parmesan cheese, wrapped in bacon. Bake at 275 for 2 hours. So simple, you can’t believe how good it is.

Yes, that is chocolate covered bacon in the lower right corner. Sinfully good.

Shrimp, basil leaf, wrapped in bacon, topped with goat cheese and baked in the oven. Oh. My. God.

Bread sticks wrapped in bacon. Another simple, tasty treat. That poor pig looks like a dead man walking at he gazes at these little bread stick soldiers.

Another P-Dub recipe. Canned biscuits (cut in half) topped with blue cheese and bacon crumbles. Melt in your mouth. Seriously.

Candied bacon. Two lovely women brought candied bacon. I can’t tell you how amazing they both were. I just can’t. They were too amazing.

Bloody Mary with bacon infused vodka. I don’t like Bloody Mary’s so I didn’t try this but I did have the vodka on the rocks. It tasted like my house smelled after I cooked all that bacon. There was also bacon infused whisky. I DID have that. It was mixed with milk and maple syrup. I sense a new trendy bar trend about to hit the trendy scene.

I can’t believe how much bacon I consumed that night. I might have to push that stroller a few extra blocks on our walks this week.

Warning: if you are going to throw your own bacon inspired party please do so only once a year. Any more than that and you might want to have an EMT waiting outside in case anyone goes into cardiac arrest. 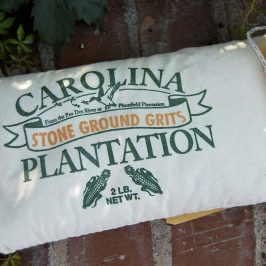 My mom came for a visit this weekend.  The big boys were away on a...

Over Mother’s Day weekend my mom brought her crepe pan and taught me how to...

I realize that I have posted a lot of food lately.  I really don’t intend... 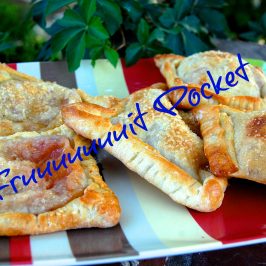 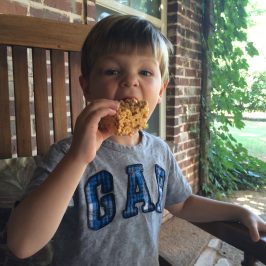 Disclaimer: This is a sponsored post by Alpha-Bits cereal.  They provided the cereal and my...

Disclaimer: I was compensated for this post.  However, all thoughts are my own.  Ain’t nobody...